Welcome to the roundup of the best new Android games that went live in the Play Store or were spotted by us in the previous week or so. Today’s list is broken up into several segments, ranging from best, average, to mediocre. So whether you’re looking for the best games of quality or are simply looking for the latest free-to-play gacha titles, you’re covered. This week I have the official arrival of Albion Online on the Play Store, a new deck builder that offers roguelike mechanics, and a recently translated adventure game that offers many branching paths. So without further ado, here are the new and notable Android games released during the last week.

Android Police coverage: It took its time, but Albion Online is finally available on the Google Play Store

Albion Online has been available on Android for some time, but it was only officially released on the Play Store this week. This is a sandbox MMO, with a heavy emphasis on sandbox thanks to the fact anyone can gank all of your loot in the game’s many PvP zones. This is a free-to-play game, though an optional sub will make the grind easier, bringing this in line with most pay-to-play MMOs. While the developer does market Albion to solo players with descriptions that highlight solo content, the end game is a grief-fest controlled by large guilds, so unless you plan on joining a guild or can convince a bunch of friends to start playing, gathering resources at end-game when playing solo is frustratingly unfair. Still, the road to end-game can be fun, and there’s a solid amount of free content to explore up to that point. Keep in mind this is a large and demanding game, so the beefier your hardware, the better. 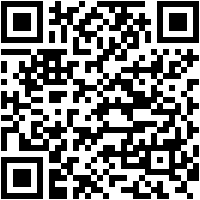 Breach Wanderers is the latest roguelike deck builder to land on the Play Store, and just like the rest, you’ll build a deck to then use the cards within to win battles when diving into the game’s dungeons. There are eight playable characters to choose from, and each offers its own unique abilities. There’s a total of 5 maps to explore and 500 cards to collect, making for a good bit of content. Keep in mind, this is a single-player experience, but if you’re a fan of games like Slay the Spire, then you’ll probably get a kick out of Breach Wanderers. 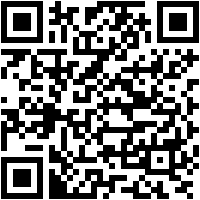 Rainbow Sea is a Japanese adventure game that was recently translated into English. Like many choose your own adventure games, there are branching paths to discover, so there’s a good bit of longevity to this release. Plus, the pixel-based graphics are pretty welcoming, and it’s nice to see that there are no in-app purchases to ruin things. While it would be helpful to have the option to remove the game’s ads, perhaps that’s a feature that will come at a later date. 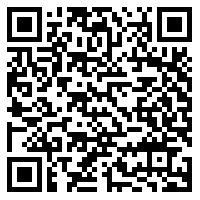 Happy World Game is an Arkanoid clone with a twist. At its core, you’ll be tasked with breaking bricks, but you’ll do so with a bit of a flourish, thanks to the game’s many powerups. These boosters will allow you to obliterate the game’s many blocks, and when doing so, there are tons of effects on the screen that all look pretty slick. So even though this is a simple and familiar game, there’s plenty here to enjoy. Now, if only there was a way to remove the game’s ads, then I’d really be happy. Flow Skater is a simple casual game themed around skateboarding on pump tracks. You’ll hold your finger on the screen when going down hills (to speed up) and take your finger off the screen when going up a hill. While this mechanic is simple, the gradation of the road on these hills is not always clear, especially when going around corners. This means you’ll have to memorize each course through trial and error since some hills offer no signifiers when they transition from down to up (or vice versa). Still, this can be an alright game to waste time with for a few minutes here and there, plus the graphics are nice. At the very least, the game is currently free, so there’s no harm in checking it out. 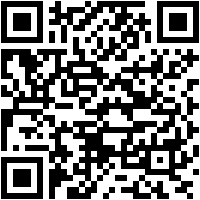 Fatal Funnel is a simple stealth game where you’ll draw a path for your character to avoid or kill the obstacles in your way. Sadly, the game uses an energy system and multiple currencies, two mechanics used to push people into spending money. Sure, you can play casually for free, but there is no option to buy this game, so there is no way to remove its annoyances. It’s a shame too, the game would be fun otherwise, but like with all things to do with mobile games, greed ruins the fun, because frankly, something so simple shouldn’t demand constant payment to alleviate the unnecessary roadblocks injected into the game. 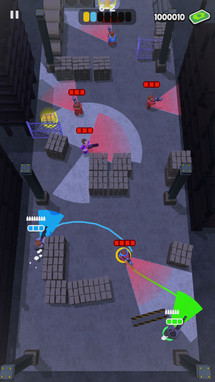 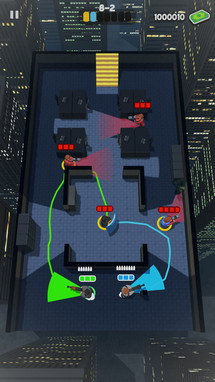 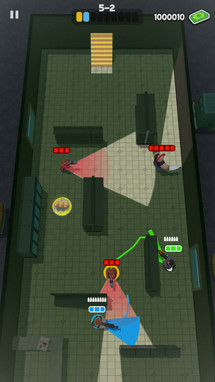 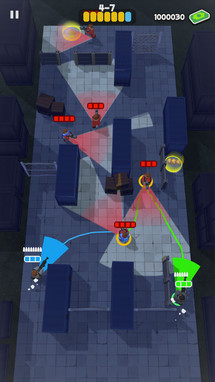 As a lover of bubble tea, I was excited to see that someone had finally made a tycoon game out of running your own bubble tea shops. Of course, the cuteness factor is off the charts, thanks to the fact you’ll hire adorable cats to help run these storefronts. Sadly the game is monetized aggressively, and the in-app purchases are up there, so the cash-grabbiness factor is off the charts, making this an easy game to pass up despite the cute theme. 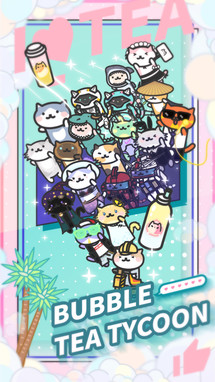 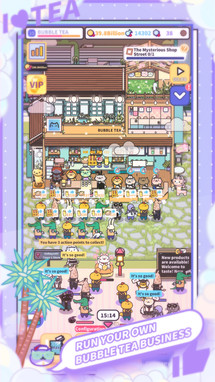 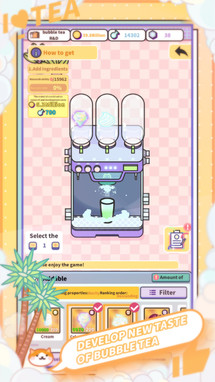 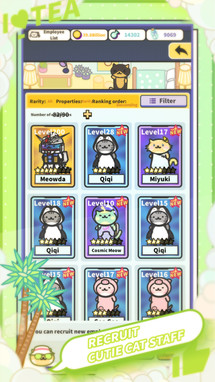 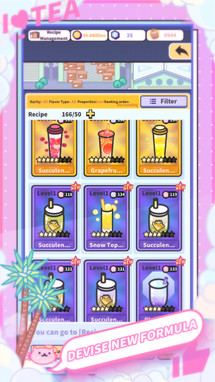 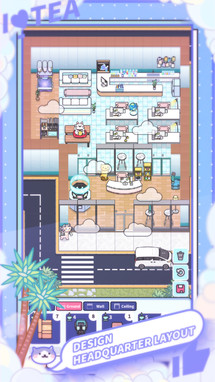 Shooter Punk is an extremely simple third-person shooter. There is only one stage, so the game grows repetitive very fast, and performance isn’t all that great either. All around, this title needs more polish, though if you’re looking for a simple one-handed shooter to pass a few minutes, I suppose Shooter Punk will fit the bill. Still, the amount of monetization in this title is extremely questionable when the game itself is still struggling in many areas. In the end, this is a lazy cash grab through and through. This looks nothing like the original Lost in Blue games, begging the questions of why this was made and who made it. It would seem the publisher listed on the Play Store is Volcano Force, the same publisher listed for the Nintendo DS game, along with Konami. The thing is, the developer link on the Play Store is dead, and as far as I can tell, Volcano Force has zero online presence. Outside of the questionable origins of this game, it’s clear this is a lazy cash grab styled after every other generic survival game on the Play Store, pre-rendered backgrounds and all. Big Farm: Tractor Dash is the latest mowing game to arrive on the Play Store, and it offers polished graphics, but sadly the game is monetized aggressively, which hardly offers the relaxing experience the game claims to bring to the table. Of course, a base-building mechanic has been added to the title in order to ensure people keep grinding as they mow grass over and over. More greedy junk. 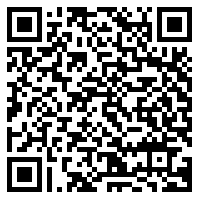 War for the Seas

NetEase sure loves to pump out auto-play MMOs, and War for the Seas is the latest from the company. This time around, you’ll sail the high seas while partaking in naval combat. Despite the early access release in the US, the Facebook and Twitter pages are in Arabic, showing how seriously NetEase is taking the US early access launch. It’s almost as if the studio pumps out this garbage, not for gamers, but to make a quick buck. Shocking, I know. Like every other F2P MMO, this is an autoplay snooze designed to suck up money. 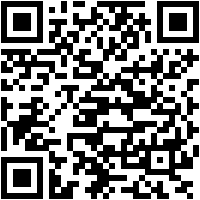 WTF Game Of The Week

Titles that make you say “WTF”

As a born and bred southern boy, my affinity for oyster shucking is rarely celebrated in my northern residence, and so I love that someone made a casual mobile game out of oyster shucking. Of course, the fact that few appreciate the art of cracking live bivalves in half makes this a perfect WTF release, but thanks to the game’s annoying and frequent ads, this isn’t a title to install. Instead, it’s simply a game that should make everyone say, “WTF!” 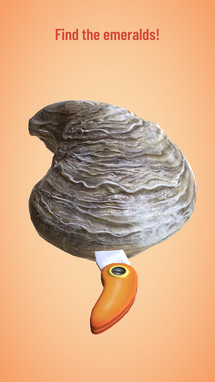 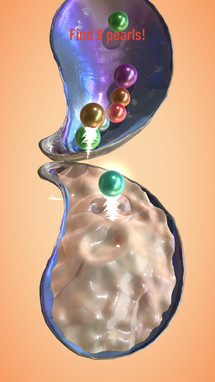 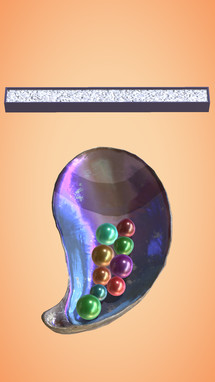 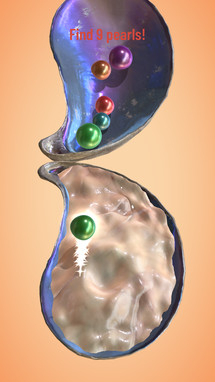