Welcome to the roundup of the best new Android games that went live in the Play Store or were spotted by us in the previous week or so. Today’s list is broken up into several segments, ranging from best, average, to mediocre. So whether you’re looking for the best games of quality or are simply looking for the latest free-to-play gacha titles, you’re covered. This week I have a unique word game from The Oatmeal’s creator, an enjoyable Zelda-like from Crescent Moon, and a boxing-themed sim from Kairosoft. So without further ado, here are the new and notable Android games released during the week of February 8th, 2021.

Android Police coverage: Kitty Letter is a cat-themed ‘words with enemies’ game by the creator of The Oatmeal

The creator of The Oatmeal has teamed up with Exploding Kittens to release Kitty Letter, a free-to-play word game where you’ll form words that are used to attack your opponents. Essentially you’ll create words out of a selection of letters, and if you create enough words, you’ll best your enemies. The game supports 1v1 online play, but you can also go it solo if you wish. Better yet, Kitty Letter is monetized appropriately, and there are absolutely no annoying F2P mechanics. This release is built around enjoyable gameplay, a refreshing sight indeed. So if you enjoy word games, don’t miss out on this one. Knightin’+ is a new release from Crescent Moon Games, and Muzt Die Studios developed it. This indie title has been available on Steam since 2019, but it just made its way to Android this week. As you can see, it is a top-down adventure game inspired by the Zelda series, and so it will be your job to plunge the depths of dungeons in search of the loot necessary for defeating the game’s bosses. It’s a simple and familiar setup that works well, and thanks to fair pricing, this is an easy title to recommend this week. 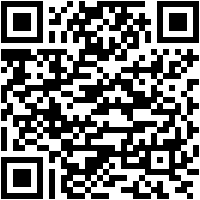 Boxing Gym Story is the latest Kairosoft game to receive an English translation, and as you can see, this is a boxing-themed business sim. This means it will be your job to return your run-down gym to its glory days, all by managing your business and its popularity. The more popular your gym, the better. It’s also worth pointing out that this is a premium release, so what you see is what you get, a rarity on the Play Store. 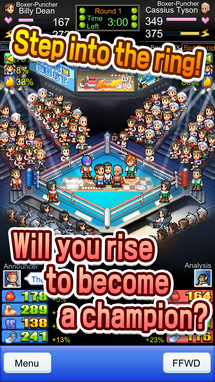 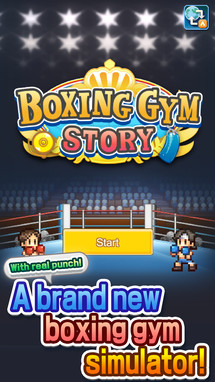 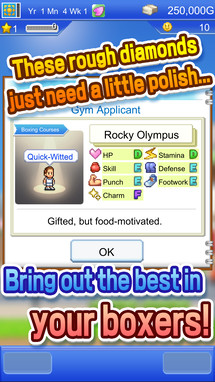 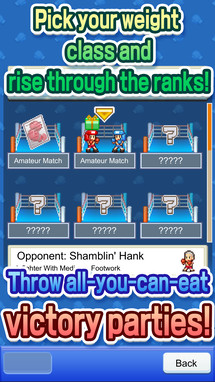 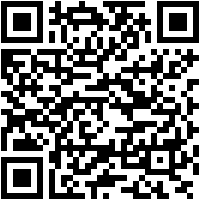 Senso no Ken is a stylish release. That much is clear. The entire game is present as ink drawings on parchment paper, which gives this game a unique look. The gameplay offers a mix of action-based sections as well puzzle elements that break up the monotony. For the action sections, you’ll swipe on the screen to attack, dodge, and parry, and you’ll interact with the game’s puzzles through taps on the screen. It’s a rather straightforward setup that can be fun, but the real star of the show here is the game’s graphics. 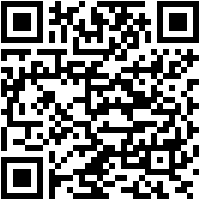 Castaway on a Weird Island

Okay, I know. These graphics aren’t impressive. But don’t judge a book by its cover as Castaway on a Weird Island comes from the same dev behind the Desert Golfing series. This is a puzzle game, so you’ll spend your time deciphering clues to figure out the best path to your goal. You can also choose to battle your way to victory, but there’s no guarantee this will work in your favor, which is what makes the game a joy to play. Some tough decisions lay ahead, so make sure you’re prepared. After all, this is a logic puzzler, so logic is required. 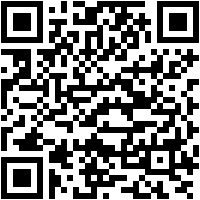 City Builder Puzzle Challenge offers precisely what its name implies. This is a city building game, but it’s presented in a way that you’ll design sections of cities by completing puzzles. Luckily the puzzle aspects fit well with the relaxing atmosphere of the game. So if you’re worried that these puzzles might be stressful, they aren’t. You’re free to solve them at your own pace. The game does contain advertisements, and currently, there is no way to remove them. But beyond that, this is an enjoyable release. 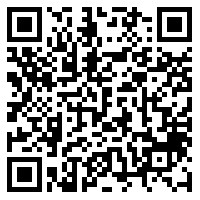 Don’t eat Pete is a voxel-base survival game that recently received some attention on Reddit. This is a work in progress, and it plays like a twin-stick shooter. This means you’ll set traps for the incoming waves of zombies, and then you’ll mow down your enemies as you ensure your base remains safe. You’ll also venture into the in-game world to look for survivors, who will then help you grow your base. Of course, the larger your base, the harder it will be to protect, so you’ll have to balance your base’s growth with your battling abilities. Infectonator 3: Apocalypse is the latest entry in the Infectonator series from Armor Games, and it will be your job to spread a virus to wipe out humanity. At its core, this is a strategy-based simulation game, and while it’s monetized appropriately, the difficulty can spike wildly, especially towards the beginning. So while it can be fun to spread a virus around the globe as you discover and craft all sorts of new zombies, I can’t help but feel the game’s mobile roots are still shining through, and not in a good way. 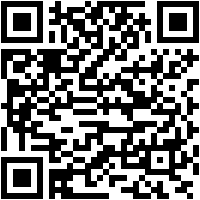 Alchemy Dungeon is an early access release that mixes together puzzle-based gameplay with roguelike mechanics. Much like 2048, you will merge items on the grid as you explore the game’s dungeons in an effort to get the highest score each run, which is how you’ll unlock new playable characters. It’s a simple setup that works well, and while the art is pretty basic, there’s some fun to be had. 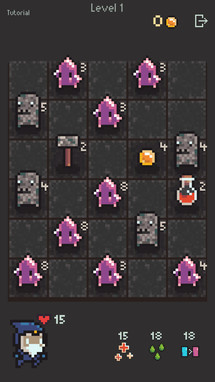 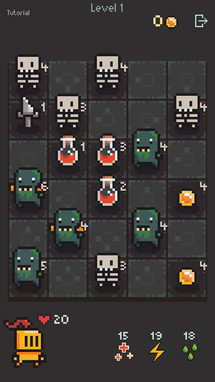 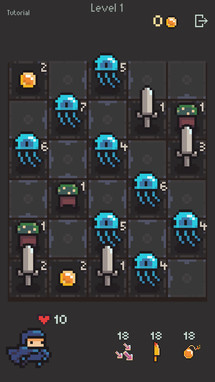 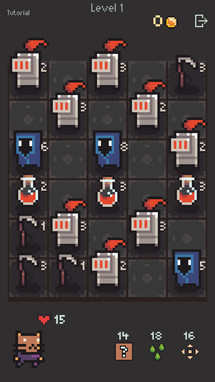 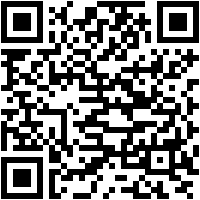 Cannon It is a simple game from VOODOO, but it can be fun despite the simple design. You see, it will be your job to destroy castles by shooting cannonballs at them, sort of like a simplified Boom Blox. Sure, like all VOODOO releases, the game is filled with advertisements, but you can pay to remove them, creating a distraction-free environment where you can enjoy this casual game as long as you want. 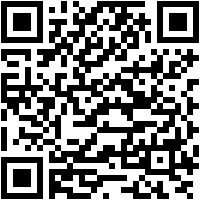 Reset Earth is the latest game built around environmental awareness, so it has a prerogative, which usually results in mediocre gameplay. Luckily Reset Earth holds its own. The touchscreen controls are spot on, and generally, the 2D platforming is enjoyable. While I can’t say the story’s environmental theme is all that interesting, it serves its purpose without bringing down the gameplay, so it’s easily ignored as you platform your way to success. Of course, if you’re sensitive to agenda-pushing, then you might not enjoy this release as much. 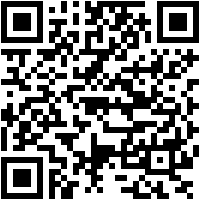 Stick Wars 2: Battle of Legions is an early access release, and it’s basically a large-scale battle game where you’ll control your army in a setup that resembles Plants vs. Zombies. So yes, this plays like a tower defense strategy game. It will be your job to collect new troops while also upgrading them to ensure your army is one to be reckoned with. Sadly this is a free-to-play release, and it’s monetized poorly. Pool Legends is another early access release this week, and as you can see, it’s a pool game. You’ll play in a top-down view, and as far as I can tell, the physics work as expected. Of course, since this is a free-to-play release, it’s designed around 1v1 multiplayer, which is why the game contains many in-app purchases. If you can get a few friends together to play, you may have some fun, but if you choose to go it solo online, good luck if you don’t want to spend endless amounts of cash. 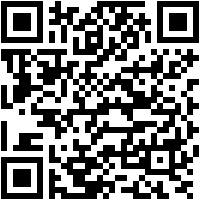 Fearless and United Guards is the latest game looking to dethrone PUBG, and since this is a release that targets an Indian audience where PUBG is currently banned, I suppose another cheap knockoff landing on the Play Store isn’t all that surprising. Even if you ignore the odd targeted theme, the gameplay sucks, the controls are even worse, and the AI is a joke. While the graphics are alright, there really isn’t much here that sets this generic F2P shooter apart from the crowd.

Oh boy, here’s another generic MMORPG to land on the Play Store. These seem to be landing weekly at this point, and just like the rest, this release offers gender-locker characters, a boring gameplay loop defined by auto-play, and expensive in-app purchases that do little other than temporarily alleviate the constant roadblocks placed in your path. So unless you’re a die-hard mobile MMO fanatic, this title is easily skipped. 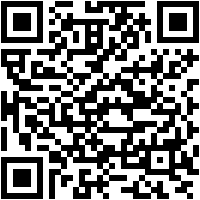