Variety’s the spice of life (with Old Bay in a close second) but when it comes to Chrome OS devices, how many options do you really have? You’ve got your pick of laptops, tablets, and 2-in-1s galore — and that’s fine for using Chrome when you’re on the move, but what about a home office solution that’s a little more stationary? Chromeboxes are up to the task, but it’s been a while since we looked at an all-in-one Chrome desktop: the fabled Chromebase. Not only does it now sound like we’re about to get a new Chromebase in the near future, but one with a few unique tricks.

While the device hasn’t launched just yet, HP appears to have accidentally published a product page for its upcoming Chromebase All-in-one 22 a little early. The listing is no longer active, but Chrome Unboxed managed to grab these pics and note down some specs while it was still available. 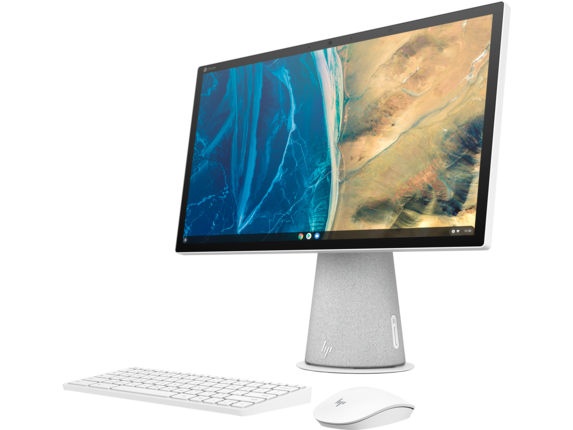 Maybe the most interesting thing about this Chromebase is that it’s got a rotating screen: the 21.5-inch touchscreen turns 90 degrees, letting you comfortably browse the web or compose some documents in portrait.

As for the rest of the hardware, the page on HP’s site described max specs of an Intel Core i3-10110U CPU, up to 16 GB of DDR4 RAM, and storage options reaching 256GB. We don’t have the full picture of all possible configurations, but another early listing mentioned a Pentium Gold processor. 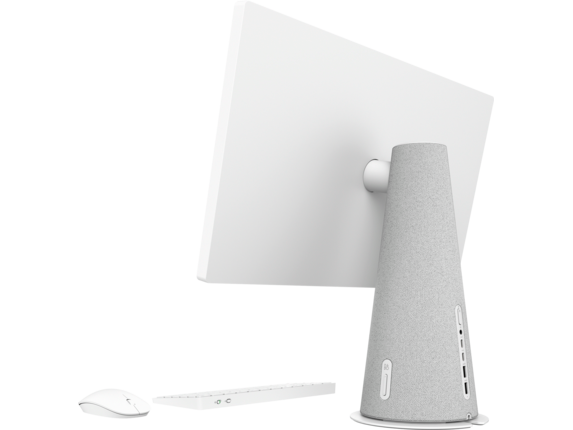 The fabric-covered conical base will apparently conceal some Bang & Olufsen speakers, which sound like a nice addition to a home office, though mention of a magstripe reader for the Bluetooth keyboard might suggest more retail-focused aspirations. Hopefully we get the full story on this hardware soon.