With Qualcomm pushing 5G on its high-end chipsets last year, 2020 budget flagships weren’t as enticing as the ones that came before. However, in addition to releasing a new flagship chipset this year, Qualcomm is rebranding and slightly tweaking last year’s best chip. The Snapdragon 870 still offers flagship-level performance but for less money.

The Xiaomi Mi 11X is one of the first phones to use the 870, and the competitive price ensures you won’t have to empty your bank account to get blazing fast performance. However, there’s more to a phone than that, and with a couple of notable competitors like the iQOO 7 and the Realme X7 Pro in the vicinity, is the phone worth picking over? Let’s find out.

My first look at the back of the phone was a bit startling — mainly because the glossy, mirror-finish back reflected my grizzly pandemic face. Unless you want a mirror to look at yourself and don’t mind shrouding it in fingerprints almost instantly, opt for the Celestial Silver or Lunar White colorways that sport a matte finish. The back is covered with Gorilla Glass 5, as is the display, but the sides are made of plastic.

The only way to see a clean black was to face it towards the sky on a clear day.

The Mi 11X has a large 6.67-inch OLED display, but the phone isn’t unwieldy — Xiaomi has clearly put some effort into perfecting weight distribution. The camera module at the back juts out a bit, but it’s nowhere close to the thicc boi on the Mi 11 Ultra. Coming back to the display, Xiaomi has done a good job here. The bezels are not too thick, and the viewing experience is great — the display is even legible in bright sunlight. What’s more, it supports a 120Hz refresh rate and 360Hz touch sampling. There’s even MEMC on board which can insert frames in video streaming apps like YouTube. However, the performance isn’t optimized, and using it makes the video choppy — pretty much the opposite of its intended purpose. 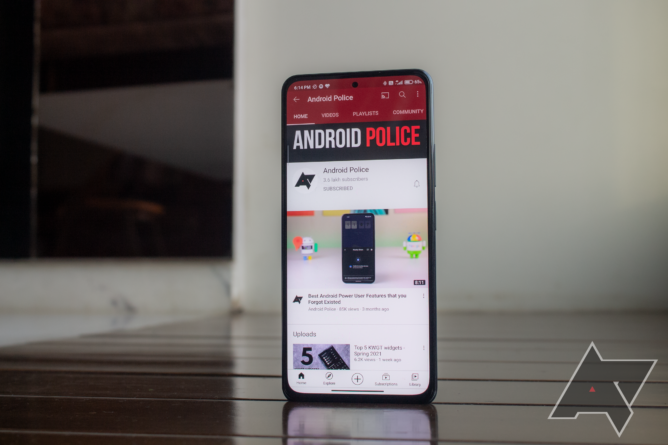 Moving on, the phone has a dual stereo speaker setup, with a grille at the top and bottom. It gets loud, but fidelity takes a hit at higher volumes. There’s also support for Dolby Atmos that can noticeably expand the stereo effect while using earphones. Unfortunately, the phone doesn’t have a 3.5mm headphone jack. However, the Mi 11X still has the company’s signature IR blaster that can control appliances like air conditioners, television, projectors, cameras, and set-top boxes.

Xiaomi doesn’t skimp out on box contents, so you’ll get a 33W proprietary charging brick, a USB Type-A to Type-C cable, a soft case, and a SIM ejector tool along with the phone.

No prizes for guessing that the phone runs MIUI 12 on top of Android 11. The experience it offers is rather fluid, and there’s a bunch of features that really add to the experience. However, there are some annoyances that Xiaomi really needs to address. Firstly, the notification experience isn’t great. WhatsApp notifications aren’t bundled and floating notifications always show an older message, making the latter pretty useless. Notifications from Facebook, on the other hand, are half-cut, making them difficult to read.

Apart from the inconsistency in notifications, there are a couple of issues with navigation, too. The one-hand usage mode can’t be activated when using gesture navigation. Secondly, and more annoyingly, gesture navigation simply doesn’t work with third-party launchers. If you’re not a fan of the stock launcher, you’ll have to resort to using antiquated button navigation. Also worth noting is that the software will drop the refresh rate once in a while, even when set to 120Hz.

MIUI still has a few pre-installed apps, and you’ll need to be a bit careful to not install more during the setup process. However, worth noting is that most of Xiaomi’s system apps don’t spam you anymore, and a bunch of pre-loaded apps will also be uninstallable/removable with MIUI 12.5.

As for performance, the Snapdragon 870 keeps things snappy, and the animations play an important part in making the experience fluid. Be it playing graphically intensive games or rendering videos, the 11X handles everything without breaking a sweat. A notable improvement is memory management, which is known to be aggressive on MIUI. Fortunately, the phone doesn’t struggle to keep apps and games open in the background. For those seeking more power and storage space, the 11X tops out at 8GB of RAM and 128GB of storage — it’s not expandable, either.

The 4,520mAh unit might struggle to reach the end of the day for heavy users. With an hour of gaming and a couple of hours of video streaming, the phone would coast through the evening on fumes. If your usage isn’t as intensive, you’ll be able to power through to bedtime. If you run low on juice, the 33W proprietary charger quickly juices up the phone, delivering a full charge in about an hour and 10 minutes.

Call performance on the Mi 11X was quite good, and there’s support for VoWiFi and VoLTE. It even has support for sub-6GHz 5G, but that’s a trophy spec given India doesn’t even have 5G networks yet.

The camera module helps give the phone a distinctive look, and I like it more than that of the Mi 10’s. The camera array is headlined by a 48MP Sony IMX 582 sensor that can take decent shots in well-lit scenarios. However, Xiaomi’s post-processing gets a bit too aggressive with sharpness at times (look at the picture of the headphones box), and the HDR performance can be underwhelming, particularly when it comes to shadow detail. The portraits offer good edge detection, but details suffer dramatically in challenging lighting conditions. 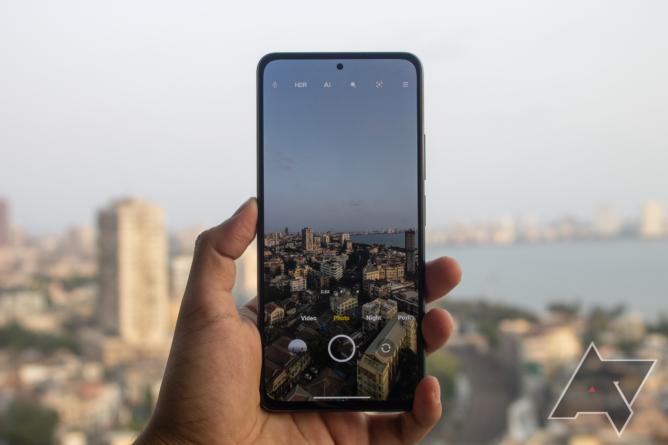 The 8MP ultrawide outputs images that are slightly warmer compared to results from the primary sensor, and they’re obviously not as detailed. Nighttime snapshots are plain bad, but night mode does help results get back to some semblance of acceptable. There’s a 5MP “telemacro” sensor that can capture some interesting shots if you have the interest and patience to get real close to subjects.

The 20MP selfie camera has beautification mode on by default which smoothes out textures. Once disabled, you can get some good selfies for the ‘gram — portraits are on point. The Mi 11X can shoot up to 4K 30fps videos, but there’s no support for OIS. While videos shot during the daylight look fairly well, performance really hinders at night. Xiaomi hasn’t forgotten to have fun though, and the Mi 11X is packed with some creative video modes like dual video, clone video, magic zoom, night time-lapse, and time freeze, that should help past some time when you’re bored.

Yes. For the most part, the Xiaomi Mi 11X offers an enjoyable experience for a good price. It feels great in hand, has a high-quality OLED display, zips through the heaviest games and apps, and runs a feature-rich interface. It doesn’t offer a perfect camera experience, though, and that might be a deal-breaker for some — the Mi 11X Pro or the iQOO 7 Legend both have better camera setups. The software also has some minor hiccups, but I’d expect those to get better with updates. 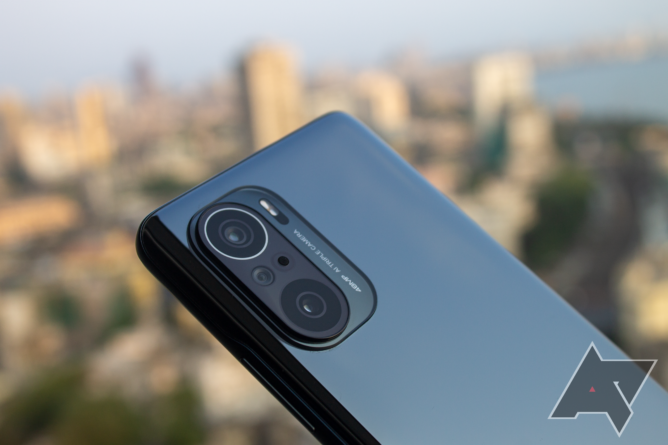 Xiaomi phones have more often than not offered the most value for money in their respective segments, and this holds true for some of its recent phones like the Redmi Note 10 Pro Max. However, the Mi 11X isn’t a bargain that outright trumps competing offerings.

Nonetheless, it’s a respectable attempt and further evidence that Xiaomi is committed to provide a flagship-like experience without the inflated price tag. I’m looking forward to seeing what Xiaomi does next.