The only thing Google loves more than launching new apps and services is killing them off. Sometimes these shutdowns are a big deal, while other times you may be struggling to recall if you’ve ever even used what’s on the chopping block. Our latest probably falls a bit closer to that latter category — and that may partly be why Google is planning to shut down the My Maps application. Although it hasn’t been officially confirmed, the shutdown is expected to take place on October 15.

The folks over at 9to5Google have found evidence to this effect in the app’s first update since 2019. An APK teardown reveals a warning that Google plans to show to users when it decides to go public with the announcement:

My Maps is moving to the web

The My Maps Android app won’t be available after October 15, 2021. Use My Maps mobile web to create and share maps. Learn more about My Maps Mobile Web

Fortunately, if you’ve been a frequent user of the app, you’ll be glad to know that it isn’t being shut down completely. As the warning message suggests, it will still be available on the web. 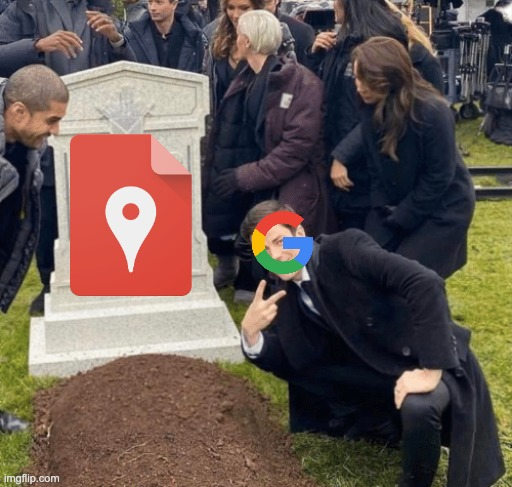 My Maps is a handy way to make custom maps and share them with the people you want — I’ve found myself using it on multiple instances to plan road trip itineraries and bar crawls. While the web app may not be as responsive as the native Android solution, I’m just glad the service isn’t going away altogether.