Netflix introduced its Smart Downloads feature three years ago, which automatically downloads the next episodes of a show you’re watching while on Wi-Fi, for easier viewing away from reliable internet connections (or on capped mobile data plans). Now the company is expanding the feature to automatically download anything Netflix thinks you might want to watch.

“Today we’re launching Downloads For You,” Netflix said in a blog post, “a new feature that automatically downloads recommended shows or movies to your mobile device based on your tastes.” During the setup process, you can choose how much storage Netflix should use to download movies and shows, which is then filled while your phone is on a Wi-Fi connection. 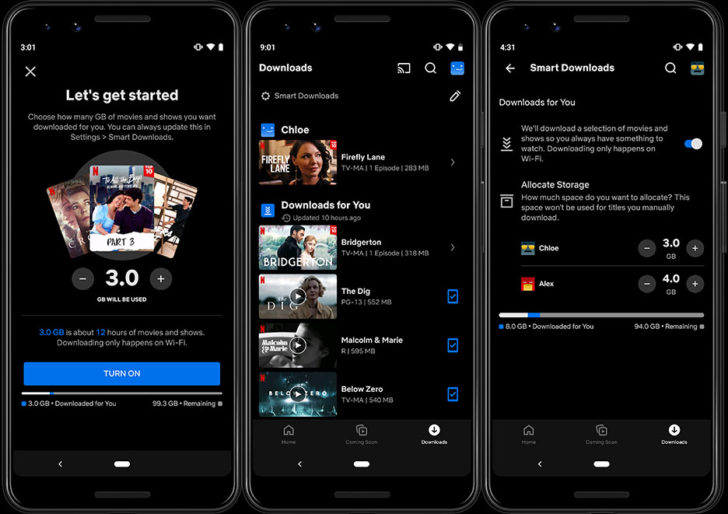 Netflix made it clear that the feature won’t be enabled by default for anyone, and it can be turned on or off separately from the existing Smart Downloads functionality. The feature is rolling out starting today on Android, but it’s still in testing on iOS.