Samsung has just announced that it’s officially bringing its Android 11-based One UI 3.1 software to older devices. Initially exclusive to the S21 series, this wider rollout includes the Galaxy S20 series, Note20 series, Z Fold2, and Z Flip series. Better, that also means some features from the Galaxy S21 are trickling down to older devices with it, and the rollout starts tonight. 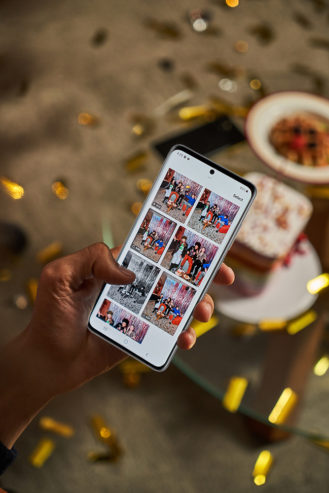 Single Take is usually a little less fun than this makes it look, but it is cool.

Among the features coming to older devices from the new phones are the Enhanced Single Take mode (sometimes called Single Take 2.0), allowing you to select the kind of shot you’d like to use after recording a short segment. That means you can choose not just the best shot from the bunch, but even pick out video effects. The new version can pull more frames and record slow-motion video, as well as let you explicitly filter the type of shots you’d like to take. There’s also the object eraser feature, which lets you select areas to remove from a photo, plus multi-mic recording for both on-device and Bluetooth audio sources for videos.

In less camera-related tweaks, One UI 3.1 delivers the blockchain-powered Private Share feature that allows you to send files like documents, photos, or videos with limited-time access, and even revoke that access early. The Eye Comfort Shield, which dynamically adjusts blue light based on the time of day, is also included. Quick Settings-integrated smart home controls are also available in OneUI 3.1 and may land with this update. Other One UI 3.1 features on the Galaxy S21 include Duo integration in the dialer and a snazzy new video call effects for multiple apps, among smaller tweaks.

A handful of Samsung devices have already gotten the One UI 3.1 update. The Galaxy Tab S7 and S7+ went straight to it when they picked up Android 11, and the immensely popular Galaxy S20 FE also got a One UI 3.1 update, though it was later pulled following reports of problems.

Samsung tells us the rollout for this update starts tonight in some regions. We don’t know if that includes the US or which devices will get it first. But the update is coming, barring any carrier-imposed delays, and my Z Flip is ready.