Sony is struggling to make appealing smartphones in a world dominated by Samsung and Apple, but it’s ahead of the curve in other areas. Case in point: the company has just unveiled the thoroughly leaked WF-1000XM4 true wireless earbuds. Their predecessors were among the best earbuds money could buy, and Sony says the XM4s are even better. Get ready to spend big, though. These earbuds will run you $279.99 when they go on sale later today.

In case you’re not following Sony’s personal audio products, the 1000X is its top-of-the-line. The WF-1000XM4 are the true wireless counterparts to the WH-1000XM4 noise-canceling headphones, which launched last year. The WF-1000XM4 (yes, bad name) promises a whopping 8 hours of usage per charge, plus another 16 hours in the redesigned charging case. It’s much smaller and sleeker than the previous version, which was monstrously large compared to the competition. 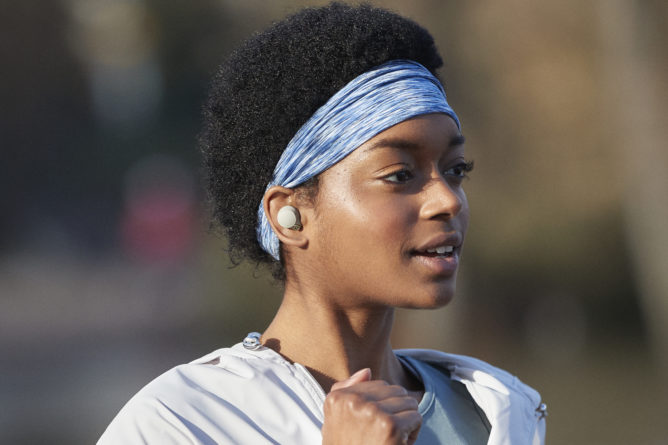 The buds themselves have slimmed down as well. They’re still large compared to most true wireless buds, but they’re tiny compared to the XM3s. The WF-1000XM4s also have support for the LDAC HD audio codec, enhanced AI processing with DSEE Extreme, and speak-to-chat. That last feature comes over from the WH-1000XM4 over-ear headphones.

Sony’s 1000X should be available for purchase today from Best Buy and Amazon. The links might now work right away, but be patient—you will be able to drop almost three Benjamins in a few hours. We’ll also have a review in the not too distant future, so feel free to wait on that before you spend the money.