This week, Telegram celebrated its eighth anniversary with an all-new version of its app, packed with features like unlimited livestream viewing and trending stickers. Unfortunately, it’s not all good news for the messaging service’s fans. Telegram is quietly killing off its Wear OS application, and even if it’s installed on your watch right now, it might not work for much longer.

When this week’s update hit the Play Store, the folks at 9to5Google were quick to notice the Wear OS version was no longer available. Unlike Strava’s recently discontinued Wear OS 2.0 app, Telegram’s listing on wearables was inaccessible on all devices, including the Moto 360 and Samsung’s Galaxy Watch4. Considering it had been available as late as Sunday night, this removal seemed especially strange. 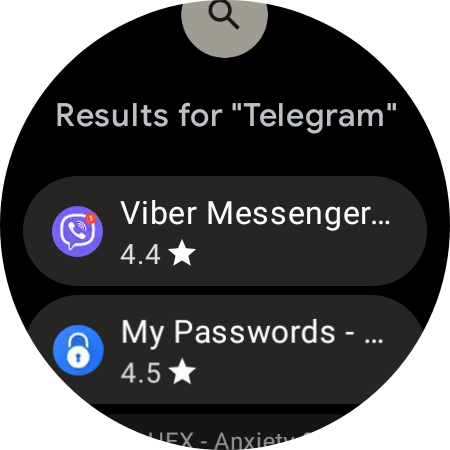 Although it was initially unclear whether or not this was a mistake, Telegram’s support channel has since issued a statement to 9to5Google confirming the death of the app on smartwatches:

Starting with Telegram v8.0, the WearOS app will not be available to download anymore. Note that If you still have Telegram installed on your WearOS device, it may stop working soon.

So not only is the app no longer available to new users, but those who already have it installed and running on their watch will eventually lose access. That’s a disappointing development, considering Wear OS is finally gaining some new life with the release of Samsung’s latest devices.

It’s also the start of a worrying trend. Strava ceased development on nearly all Wear devices moving forward — you’ll need a Galaxy Watch4 to access any new features — and Telegram has thrown in the towel altogether. That’s not a great sign for the momentum surrounding Google’s wearable platform. Both services are still accessible on the Apple Watch — Google and Samsung’s closest comparison point in the market — without any software limitations.

If you’re currently using Telegram on a Wear OS device, don’t be surprised if it stops working in the coming days. Unfortunately, there’s no concrete timeline for when it’ll shut down altogether.