Although many of our readers want maximum functionality from their phones, others don’t want to drop anywhere close to four figures on a flagship phone. That’s why the Galaxy A-series has been so successful for Samsung. Nearly any shopper can walk into their carrier’s store and leave with a device a Samsung phone matches their budget. Of course, as you drop further down in price, there are more compromises. The Galaxy A12 is a phone of compromises, but are they the right ones?

There’s nothing flashy about the A12’s design. Its plastic frame and textured back may sound cheap on paper, but I found it comfortable in my hand. The A12 features a unibody design that feels sturdy, and the matte finish helps repel fingerprints. Its volume rocker and power button (which doubles as a fingerprint sensor) both feel a little mushy when placed side-by-side with more expensive devices, but overall, it’s an unobjectionable no-frills piece of hardware.

I’m less sold on the size of the phone. I’ve always preferred large screens, but the tall 6.5″ display of the A12 might be too big, even for a lover of big phones. It was virtually impossible to reach the top-left corner of the screen with one hand. While the minimal bezels and U-shaped notch help make the most of the surface area, it’s still one of the larger phones on the market right now.

Luckily, Samsung has placed the power button underneath the volume rocker for easy access. While it took me a couple of weeks to unlearn the order of buttons I’m used to, it made unlocking the phone less of a reach. The built-in fingerprint sensor was fast and accurate, too. Along the bottom of the phone, you’ll find a USB-C port and headphone jack. There’s also a small speaker (the only one on the phone), which sounds fine but is far too easy to muffle with your hand. The left-side and top of the device are entirely bare, save for the combination SIM card slot and microphone.

Although a 6.5″ 720p panel might sound like a dismal experience, it’s honestly not bad. Viewing angles could be better, but I didn’t have any issues with text, photos, or even videos. While I would’ve preferred a sharper 1080p display, this isn’t a deal-breaker. However, I did find that the glass felt cheap under my fingers. Compared to the quality of high-end flagships, the A12 quickly builds up smudges and grease in a way oleophobic coatings typically repel. 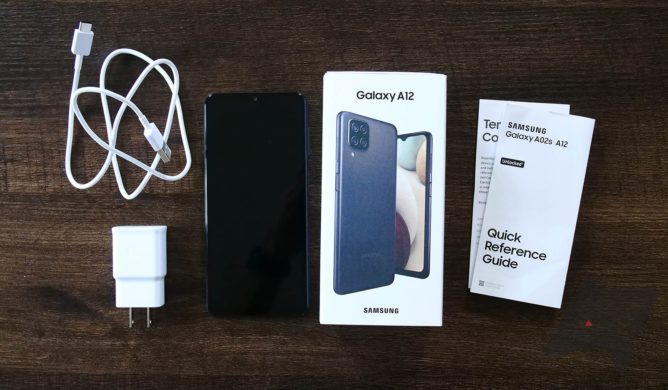 In the box, you’ll find a 15W charger, a short USB-A to USB-C cable, and the usual array of paperwork. While that charger is labeled as “adaptive fast charging,” the A12’s massive battery brings charging to a crawl, requiring several hours to fill up.

Although Samsung began distributing Android 11 to the Galaxy A12 back in May, it has yet to hit my device nearly two months later. That said, I didn’t find myself missing out on too much with Android 10 and One UI 2.5. Although its software may be outdated, Samsung has done an excellent job pushing out security updates. My A12 is currently sitting on the May 2021 patch, and since it’s on a quarterly release schedule, it won’t be long until the next update.

Instead of a low-end Snapdragon processor or one of its Exynos chips, Samsung has opted to power the A12 with Mediatek’s Helio P35. It’s not the first time the company has used this chip in an A-series phone, but for whatever reason, this device in particular really struggled to keep up. Some elements, like dropped frames when opening and closing the notification tray, can be easily ignored. It’s not something you want to see on a phone straight out of the box, but it doesn’t ruin the experience.

Unfortunately, that’s not the extent of the performance issues. Opening apps, heading to the home screen, searching, typing — everything is dog slow. You can forget multitasking; with a YouTube video playing in the background, Spotify wouldn’t even open. It was stuck on the splash screen until I closed both apps and reopened the one I wanted. Even single applications struggled. It didn’t matter if I was checking Twitter, searching on Google, or just browsing the web. Things always felt just a little slower than I would’ve liked, and that sometimes left me reaching for my tablet, laptop, or even another phone if I was at home.

Other issues popped up in extended use, too. After switching away from traditional navigation buttons for my preferred gesture controls, the increased lag when returning to the home screen or switching apps was so frustrating that I was forced to switch back. 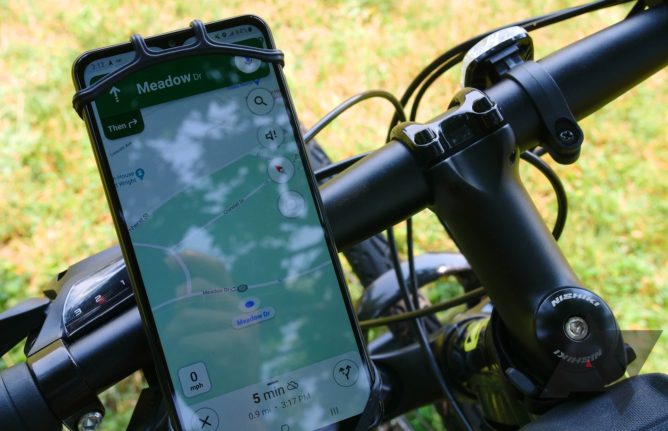 What this phone lacks in speedy performance, it more than makes up for in battery life. With a low-power processor, a 720p display, and a 5,000mAh battery, the A12 regularly made it through at least two days of use. At one point, I hit seven hours of screen on time and still had nearly 50% battery life left. If you’re someone who routinely travels or camps, this might be a perfect secondary device. 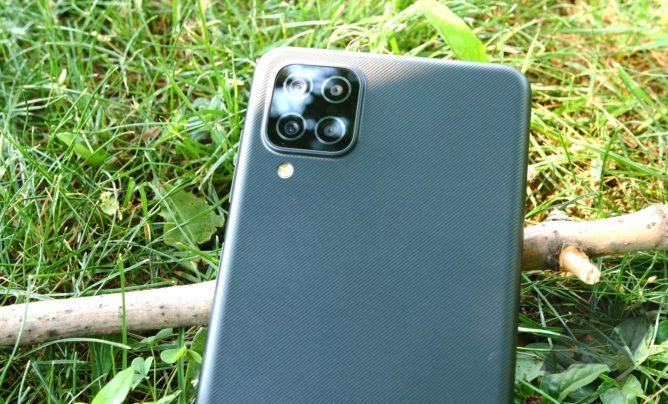 I’m not sure if you can find a great set of cameras on a phone below $200, and the A12 doesn’t buck that trend. You’ll still get access to a plethora of shooting options, though. In addition to the front-facing camera, the A12 includes four lenses on its back: a 48MP wide-angle lens, a 5MP ultrawide lens, and 2MP macro and depth lenses.

Despite all those sensors, the A12 really only produces passable images in daylight, especially if you’re trying to use the ultrawide lens. During the day, the primary wide lens is capable of taking acceptable photos of plants, landscapes, houses, and people. Indoor photos weren’t completely terrible either, provided there was a good source of light for the shot.

However, outside of those ideal circumstances, the A12’s camera just doesn’t hold up. An overcast afternoon or a room with the blinds drawn add noise to any image. Photos of food in dimly-lit restaurants ended up looking dreary and unappetizing. It’s a similar situation at night, resulting in unfocused, photos with a ton of noise.

If you need to include more of the foreground in your shot, you’re better off just physically taking a step backwards than switching to the ultrawide lens. Its low-resolution photos don’t stand up to any sort of zooming or cropping. In good lighting, shots look slightly blown out, while poorly-lit images are so grain they’re borderline unusable.

The selfie cam is fine, so long as you have enough light. Its results are nothing you’ll want to print and hang on a wall, but if you’re sending a photo on Snapchat or capturing a selfie for Instagram, you could do worse.

Probably not. Budget phones have their place, and for some, spending more than $200 on a mobile device is simply not worth it. The Galaxy A12 isn’t a bad phone — in fact, it’s an able road trip companion, with its giant display and a battery to match. But Samsung had to cut several corners to get the price this low, and unfortunately, performance just can’t keep up with modern standards.

While it faces stiff competition from Nokia and Motorola, those manufacturers can’t keep pace with Samsung’s update schedule. And yet, you get the same (or better) update support with other members of the A-series family. The Galaxy A32 costs $100 more, and includes a better display and improved camera quality. There are also phones like the OnePlus Nord N200 5G, which has much better hardware for just $240.

Ultimately, the Galaxy A12 fails to find a single category where it defeats the competition. It’s a phone of compromises, but one that makes all the wrong choices when cutting corners. Extra-long battery life only takes you so far when using the phone is frustratingly slow. With superior devices available for just a bit of extra cash upfront, you’re better off opting for something else. 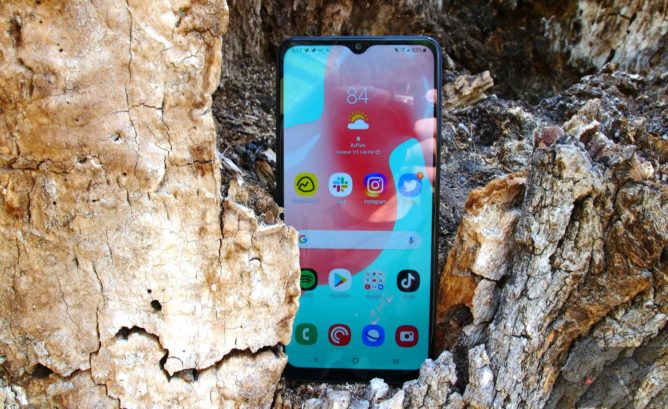