It would appear that the first beta test for Mega Man X DiVE took place in August 2019. This beta lasted for four days, but the game was eventually released in the Asia (specifically Taiwan, Hong Kong, Macau, Singapore, Malaysia, Philippines, Indonesia, Thailand, and Cambodia) back in 2020. Well, the game must have found a good bit of success in Asia, as it’s now available on the US Play Store for pre-registration, which means this action platformer is indeed coming West.

Since nobody bothered to create an English trailer for Mega Man X DiVE, you can watch the Taiwanese trailer for Rockman X DiVE above. As you can see, the game offers a familiar look on top of familiar platforming gameplay. This is a Mega Man game, after all, though we already know it’s also a gacha game, not that the new Play Store listing makes this clear whatsoever. One thing that actually stands out is that multiplayer will be available, though reviews on the foreign Rockman X DiVE listing mention that this multiplayer content is lackluster.

As a matter of fact, the new Play Store listing doesn’t reveal very much about the game, and neither does the official Rockman website. It’s almost like the developer doesn’t want people to know how the game plays or how it’s monetized, a familiar yet smarmy tactic we’ve seen a thousand times over in the mobile gaming world. I’m guessing this is why there isn’t a trailer and why the Play Store screenshots show as little of the game as possible.

All in all, it seems pretty clear Mega Man X DiVE will exist as a lazy cash grab wearing a cheap Mega Man X suit. While I genuinely wish disreputable developers would quit using well-known properties to trick people into playing their games, this is the world we live in. Of course, if you prefer to make up your own mind, you can pre-register through the Play Store widget below to receive a notification whenever Mega Man X DiVE is released in the West. 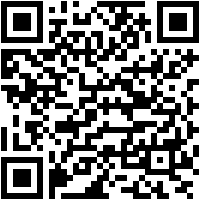