Following months of hype, OnePlus finally announced the OnePlus 9 series on March 23rd. If you’ve already caught up with our reviews of the OnePlus 9 and the OnePlus 9 Pro, and have made a purchase decision, here’s where you can happily depart with your money for the flagships now that “pre-order” has changed to “buy.”

The OnePlus 9 has a Snapdragon 888, a 6.55″ 1080p 120Hz OLED display, Android 11-powered OxygenOS 11, and a 4,500 mAh battery that tops up with the company’s 65W proprietary Warp Charging 65T standard, and 15W Qi wireless charging. Much ado was made about the Hasselblad partnership, and the 9 has a 48MP primary camera, 50MP ultra-wide, and 2MP monochrome sensor.

The phone is available in two storage variants: 8GB+128GB and 12GB+256GB priced at $729 and $829, respectively. There are two colorways to choose from, Astral Black and Winter Mist, but the latter is only available with the base model.

If you’re looking to pick accessories, OnePlus has the Karbon Bumper Case and the Sandstone Bumper Case for $40 and $25, respectively. You can pick them up, along with the $30 Tempered Glass Screen Protector, from OnePlus.com. 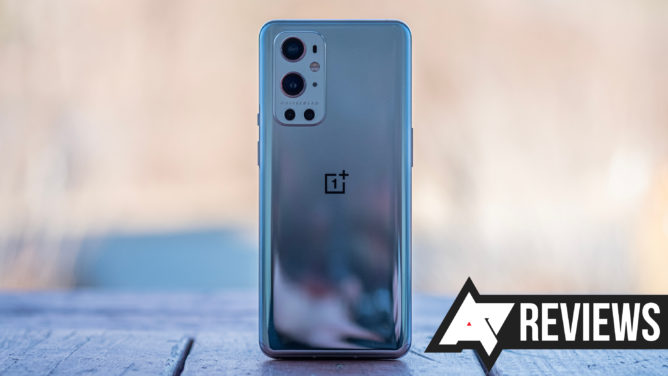 The OnePlus 9 Pro, has a better camera system, bigger screen, and faster wireless charging (among other things). Powered by the same Snapdragon 888 as its smaller brother, the 9 Pro has a 6.7″ 1440p 120Hz display, a physically bigger and ostensibly better 48MP primary camera, 50MP ultra-wide, and an 8MP telephoto, plus that monochrome camera. It’s also IP68 rated, and in addition to that 65W Warp Charge 65T, it can top up wirelessly at 50W with Warp Charge 50 Wireless.

All those extra features over the smaller model are going to cost you a lot more, though. The base variant of the OnePlus 9 Pro, with 8GB of RAM and 128GB of storage costs $969, whereas the 12GB + 256GB costs $1,069. Unfortunately, the cheaper version isn’t available on OnePlus’s site yet. The company previously told us that the base model would be coming to the US, and we have reached out again for a more precise schedule on that availability, but a response wasn’t immediately forthcoming.

The Warp 50 Wireless Supercharger retails for $70 on OnePlus.com, but it’s not available on the sale at the moment. If you’re keen on picking up cases, you can pick up the Sandstone Bumper Case (Black/Gray) for $25,  and the Unique Bumper Case and the Karbon Bumper Case for $40 each.