WhatsApp’s automated systems have become pretty good at weeding out spammers, but every once in a while, a legitimate user still ends up being banned due to seemingly suspicious behavior. Right now, appealing the decision is a lengthy process and involves reaching out to support proactively. But as discovered by WABetaInfo, you might soon be able to request a review right in the app when you’re banned.

When your account is banned, you won’t be able to see your WhatsApp chat list anymore. Instead, a banner informs you that “this account is not allowed to use WhatsApp.” In an upcoming version of the app, there will be a button that allows you to request a review. When you tap it, you’re informed that your account data will be sent to WhatsApp support and that it will check if there was in fact activity that violates the terms of service. You can optionally include more details that help explain the situation you’re in. 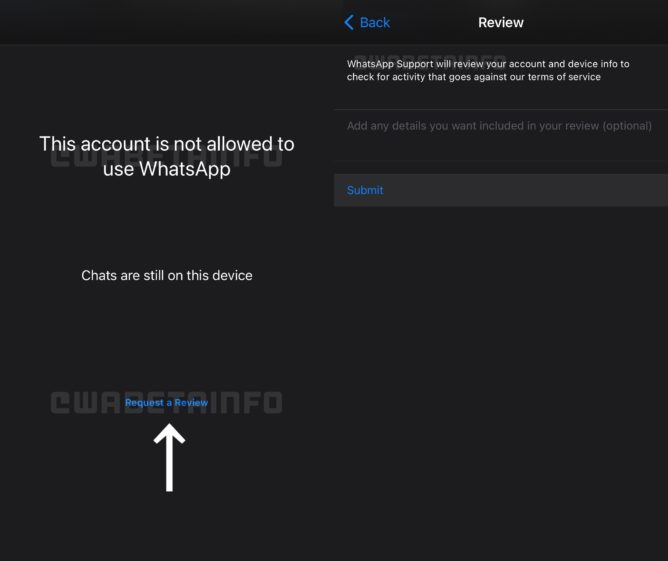 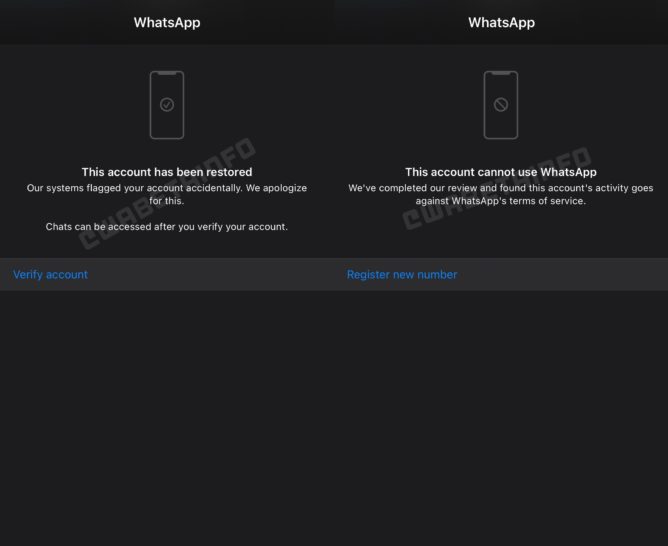 Depending on the outcome, you’ll be able to verify your account after it’s been restored, but it’s also possible that WhatsApp decides to fully enforce the ban, with no option to appeal. The only way to keep using WhatsApp is by registering a new number then.

Right now, we only have iOS screenshots of the process, but the workflow should find its way into Android.

While security features aren’t the sexiest, they’re nonetheless important, if not vital. Making it easier for legitimate users to appeal a ban decision due to ToS violations is a great step in the right direction, especially since the automated algorithms occasionally dig up some false positives or people innocently caught in the midst of a spamming attack. If only Google could introduce a workflow like that for developers who wrongly get their apps banned from the Play Store.

As with any feature dug up before it’s official, it’s possible that the repeal process will change or be removed altogether before it goes stable, depending on how WhatsApp likes it in beta testing.