It might seem counterintuitive to recommend a workplace dramedy set in the world of higher education for Labor Day weekend — three days historically used for anything but work and school. And yet, Netflix’s The Chair, released on the streaming service Aug. 20, is too enjoyable of a new release to pass up. Think of it like a shiny red apple perched on the teacher’s desk, best bitten into while it’s still fresh, and devoid of any bruises a possible Season 2 might bring.

Like a shiny red apple perched on the teacher’s desk, ‘The Chair’ is best bitten into while still fresh.

In this six-episode series from creators Amanda Peet and Annie Julia Wyman, Sandra Oh stars as Dr. Ji-Yoon Kim. An English professor at the fictional Pembroke University, Ji-Yoon is a fearless educator with the work ethic of Agatha Christie, the progressive politics of Gloria Steinem, and a tell-it-how-it-is demeanor akin to Joan Didion or Toni Morrison.

Even still, Ji-Yoon’s first day as head of her department — a position never before held by a woman or woman of color — is a doozy. It’s such a doozy that the fallout from it drives her emotional journey and its many juicy subplots for the remainder of this perfectly short season. (With each episode running just half an hour, Season 1 breezes by in the time it’d take you to watch some feature-length movies.)

The most glaring of Ji-Yoon’s problems, we learn, is the state of Pembroke’s once-prestigious English department. At no fault of Ji-Yoon’s, it’s depleted in funds and weighed down by some seriously antiquated (read: white) views. Panning through dusty faculty halls over an orchestral score, the camera introduces us to a school frozen in time by the success of yesteryear with no plans for the future. It’s an immediately interesting arena that pits academic ego against real-world progress — a school-place struggle practically as old as classroom teaching itself.

These three are the most charming nightmare an employer could hope for.
Credit: ELIZA MORSE/NETFLIX

An uninspired leader more concerned with budget than brilliance, Dean Paul Larson (David Morse) makes matters worse by prizing seniority over talent, to the point of keeping the best literary voices on his staff in the shadows to avoid hurt feelings among those with tenure.

As Dr. McKay (Nana Mensah), a young Black professor with a flair for engaging students, struggles to gain the professional recognition she deserves, Pembroke’s Three Horsemen of Incompetence — Dr. Hambling (Holland Taylor), Dr. Rentz (Bob Balaban), and Dr. McHale (Ron Crawford) — who have been on staff for years, run rampant with tactless demands. When pitted against Oh, these three heavyweight actors present a funnily formidable force that will almost make you care how many students their characters’ have and where those characters’ offices are.

It’s a triumph of narrative multi-tasking — picking up and putting down problems with a rapid messiness that endears and enrages in equal measure.

At the same time, the formerly popular professor and flirty friend of Ji-Yoon Dr. Bill Dobson (Jay Duplass) sends his career into crisis when a thoughtless gesture made during a lecture outrages his students and lands Pembroke in the news. His story of redemption soon dovetails with the last leg of The Chair‘s major conflicts: Ji-Yoon’s daughter Ju Ju (Everly Carganilla), whose hobbies include exercising her fierce independence and scaring the shit out of adults.

It’s the collision of these conflicts and Ji-Yoon’s complex grappling with them that makes The Chair a compelling series. Really, it’s a triumph of narrative multi-tasking — picking up and putting down problems with a rapid messiness that endears and enrages in equal measure. Just as Ji-Yoon manages a staffing win or squashes a PR nightmare, suddenly her daughter is giggling and sprinting towards traffic. Conversely, when all seems right with Ju Ju, Pembroke explodes into chaos, most often thanks to some ill-advised move by Dr. Dobson. Ji-Yoon’s constant efforts to keep her many responsibilities under-control play a bit like an ill-fated attempt to get out the front door — a scene countless women trying to “have it all” will recognize from a mile away. 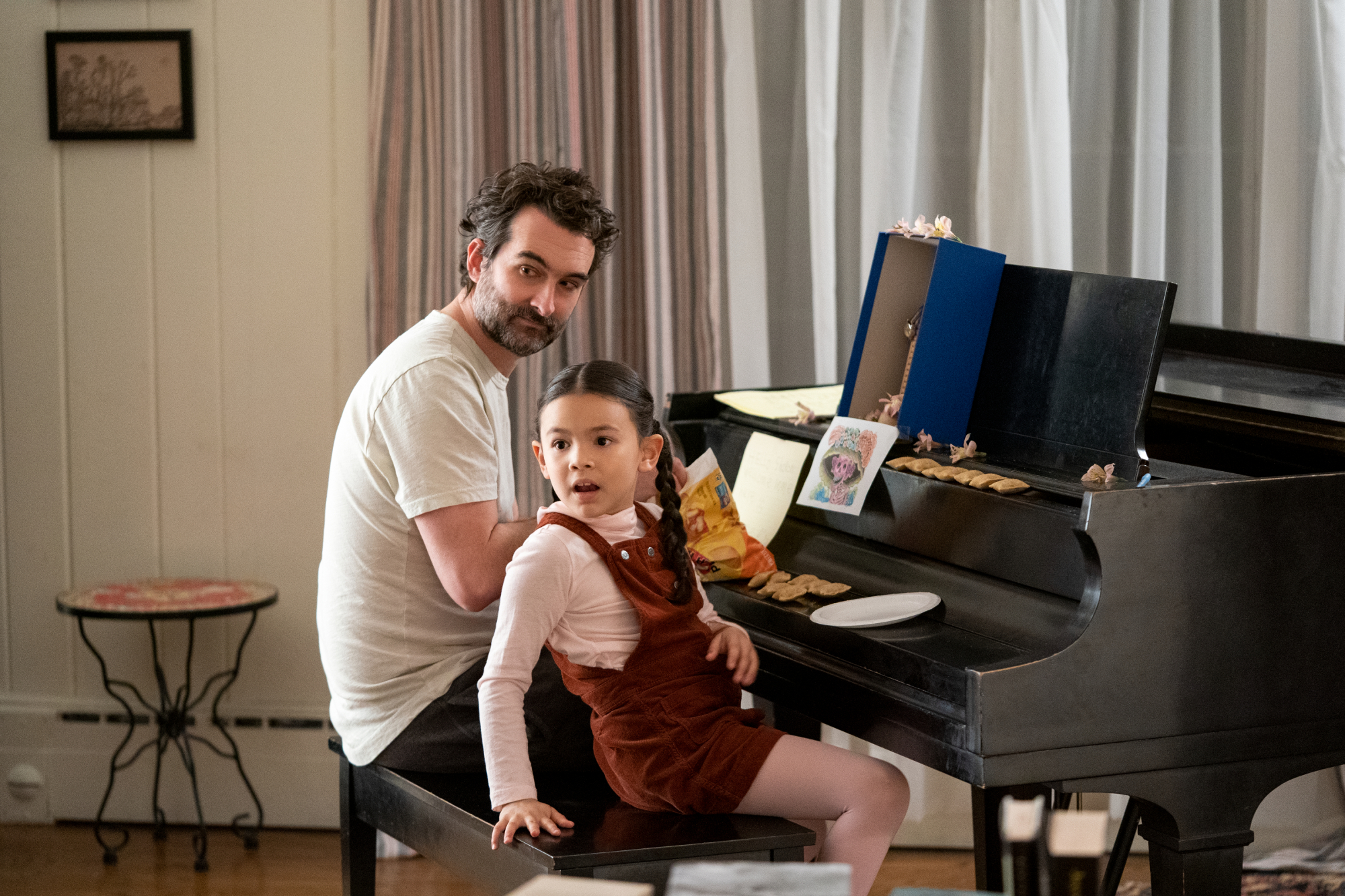 *This* is the friendship you’ll be dying to see more of.
Credit: ELIZA MORSE/NETFLIX

To be sure, Oh is an ideal shepherd for this self-propelling comedy of errors. Fusing the dramatic multitudes she perfected on Killing Eve with the razor-sharp comedy voice she forged on Grey’s Anatomy, Oh makes Ji-Yoon’s story leap from the screen with a snappiness that’s smart but never unlikable. You’ll be on Ji-Yoon’s side when you need to be, but The Chair allows ample room for Oh to explore her character’s flaws with care and consideration.

And although The Chair makes some iffy choices with our protagonist’s story — namely, her thoughts on cancel culture that at best will make you think and at worst will make you tired — Oh’s consistently dazzling performance elevates the entire show. Season 2 has yet to be greenlit, but Season 1 make a great argument for it. It’s not at A+ by any stretch, but it’s a show with a passing score and plenty of potential.

The Chair is now streaming on Netflix.