How do you make a crime thriller stand out in an age where TV whodunnits are almost as common as commercials?

Do you give the characters a bunch of dark secrets like Sharp Objects? Do you add some weighty emotional scenes to splice in a bit of drama? Do you cast an awesome lead as a no-nonsense detective with their own dark past in Top of the Lake, Broadchurch, or Mare of Easttown style?

Well, if you’re Vigil, you do all of those things — and then you set the whole thing on a submarine too, just for good measure.

Vigil is a six-part crime drama from Lovesick creator Tom Edge. If you’ve seen Lovesick (and you absolutely should) then you’ll know that it’s a real tear-jerker of a comedy drama, but don’t go into Vigil expecting more of the same. Both are brilliantly written, and both contain elements of drama, but the BBC miniseries is a whole different beast to Edge’s previous creation.

Starring Suranne Jones (Doctor Foster) and Rose Leslie (Game of Thrones), Vigil sees two detectives working to solve the mystery of a strange death onboard a Trident nuclear submarine (one of Britain’s four Vanguard-class submarines that carry nuclear missiles and patrol the Scottish waters as a deterrent). In order to get to the bottom of it DCI Amy Silva (Jones) is sent to board the submarine for a limited number of days, interviewing and living among the naval crew in claustrophobic quarters that may still be harbouring a killer. Meanwhile her partner DS Kristen Longacre (Leslie) remains on dry land, doing some digging of her own and getting embroiled in a conspiracy that stretches far deeper than anyone could have imagined.

I don’t want to go spoiling anything so I want say too much more than that — but as you can probably imagine, this is no simple case. There are twists aplenty, with the two detectives gradually dragging more and more nasty little secrets into the light of day while putting themselves at greater and greater risk.

Why should you watch Vigil?

As I mentioned before, crime thrillers — especially ones that follow a whodunnit format — are TV gold these days, from True Detective to The Night Of to Mare of Easttown. It’s not hard to see why. Keeping the killer unknown until the final moments creates a core mystery that everything else revolves around, giving the story a secret that keeps us coming back until the final revelation. It’s not hard to make a show like this entertaining, but it is hard to make a show like this original.

Vigil manages it. It’s one of those series where all the distinct parts — the strong cast, the fast-paced plot, the twists, the characters — come together to create something that’s far more than a simple mystery. The show’s catchy tagline is “The deeper you go, the darker it gets,” and in this case it’s not just PR spin — that’s actually how Vigil feels. Each character’s layers get stripped away the more DCI Silva digs, exposing an underbelly of corruption where everything is connected and well-buried (yes, this is the type of police procedural show Line of Duty fans might like).

A submarine is the perfect setup for a mystery like this. First, it’s a place that breeds claustrophobia. Silva is constantly ducking through narrow corridors, squeezing into chest-tightening quarters and getting in the faces of a series of scowling captains and officers who clearly don’t want her there. Second, it’s isolating. Silva is completely cut off from the mainland, a lone law enforcement figure receiving coded messages from the shore that are forever at risk of being intercepted. It’s a tense setting for a tense story. 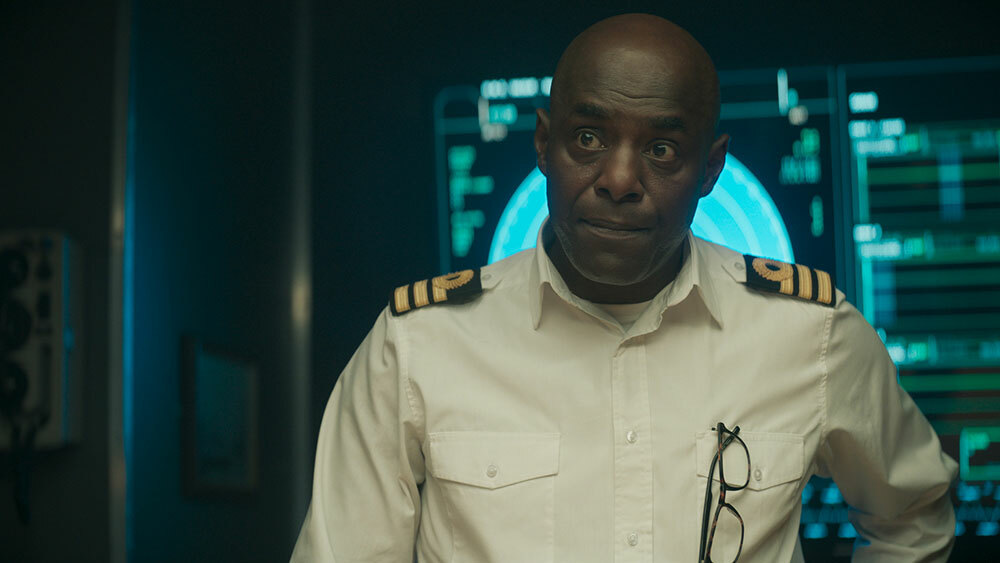 The cast deserves a special mention, too. Jones is brilliantly no-nonsense in her lead role as Silva, striding between scenes and taking absolutely zero shit from self-important navy staff while dealing with her own past trauma that’s slowly revealed bit by bit. Leslie is similarly dogged as her on-shore partner, throwing herself headlong into various conspiracies while casually maintaining an impressively convincing Scottish accent (for anyone who remembers her as Ygritte in Game of Thrones, her ability to pull off an accent will come as no surprise). Beyond the two leads, Vigil‘s cast is packed full of other familiar faces. Daniel Portman (aka Podrick from Game of Thrones) appears as a surly CPO, while the ever versatile Paterson Joseph (of Peep Show and Green Wing fame) stars as the submarine’s embattled commander. Sex Education‘s Conner Swindells also pops up as a tight lipped lieutenant.

In short, there are a bunch of very good reasons to tune in. But ultimately, Vigil is just a really fun and original story. Come for the setup of a mysterious death on a submarine, stay for the murky depths it plunges to.

All available episodes of Vigil are currently streaming on iPlayer in the UK (we’re five in, with the sixth and final episode airing on Sunday Sept. 26). Vigil is due to stream on Peacock in the U.S. later this year.

Related Video: What to binge on the best 30-day streaming service free trials