American Crime Story: Impeachment is not about Monica Lewinsky.

Despite the actual Lewinsky’s role as producer, despite the provocative poster of a young woman in blue gazing up at the White House, despite her name requiring no explanation for over 20 years, the new installment of Ryan Murphy’s FX anthology series (executive produced by head writer Sarah Burgess) is not Lewinsky’s story. Instead, it unfolds largely through the machinations of one Linda Tripp.

You don’t need us to explain the big picture of Impeachment, but for those who “had the life experience of a zygote” in 1998 (to appropriate an episode 1 line), let’s set the stage. Two years after the start of her affair with Bill Clinton, Monica Lewinsky (Beanie Feldstein) moved from interning at the White House to working at the Pentagon. That’s where she met former White House employee Tripp (Sarah Paulson), the friend and confidante who would eventually record their conversations to destroy the Clintons — irreparably defaming Lewinsky in the process.

The real Tripp died of cancer in April 2020, which makes watching all this even more disquieting. Filming took place after Tripp’s death, pushing back an initial release of September 2020 (during a critical election cycle). In the opening scene, Monica (Beanie Feldstein) looks at her with betrayal, anguish, and fury that will all fall into place later.

“I want that treacherous bitch to see what she’s done to me,” she says. 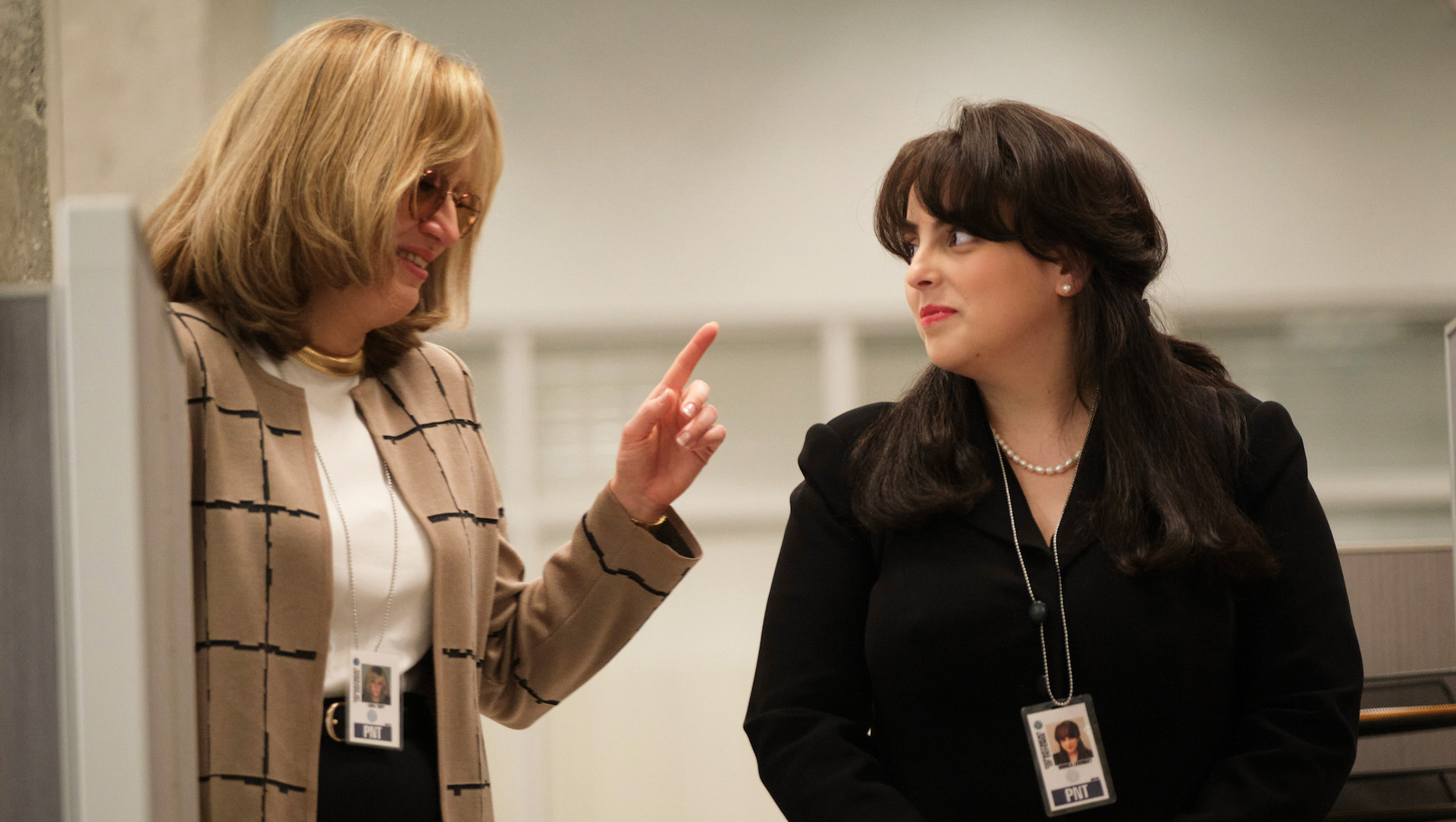 All this to say that the producers of Impeachment, Lewinsky among them, haven’t pulled back from portraying Tripp as a voracious glory hound with equal amounts of remorse and charisma. This is not the sanctification of Lewinsky, but the definitive villainization of her antagonist. Paulson is exceptional at conveying Tripp’s ire with a permanent grimace, her eyes lighting up in the face of schadenfreude or the prospect of feeling important. “I’m standing on a landmine,” she says in episode 1, barely concealing her hunger for the spotlight. In Paulson’s hands, Tripp’s skullduggery imbues known events with diabolical suspense.

Despite the fake teeth and questionable fat suit, she feels more authentic than many around her, a kooky cadre of otherwise talented actors stuck in distracting wigs and noses that only add up to the feeling that their scenes belong on Saturday Night Live. Clive Owen’s Bill Clinton starts out this way — the first episode ends on an explosive silhouette of his nose — but with added screen time he delivers a satisfying turn as the 42nd President of the United States.

As the woman at the center of one of America’s ugliest scandals, Feldstein nails it.

Every once in a while, the Murphy-verse can’t help rear its garishly-wigged head; through melodramatic editing, heavy-handed dialogue, or scenes that feel so out of place they must be satire (there is simply no way to translate Matt Drudge’s fedora obsession in earnest). At one point, Cobie Smulders as Ann Coulter muses about “what kind of flabby conmen might see a path to the White House after this,” and must be using every ounce of restraint to not look into the camera. There is a Brett Kavanaugh reference in a middle episode that makes my skin crawl just to think of it.

As the woman at the center of one of America’s ugliest scandals, Feldstein nails it. Impeachment depicts a Lewinsky explicitly lost, deeply lonely, isolated. When things are good with Clinton, she’s wide-eyed and giddy. It’s heartbreaking and often difficult to watch the familiar emotional peaks and valleys of young love, then to remember that the man stringing this girl along and insisting they stay friends is the leader of the free world. Tripp’s own memoir compares Lewinsky to a high schooler enamored with the captain of the football team — a damning admission that this young woman’s adolescence was a scant few years in the rearview when all of this happened. Feldstein’s casting doesn’t let you forget that the country, and the world, descended upon a child surrounded by giants.

Despite a few time jumps, the show’s chronological structure hurts its momentum especially in the first episode, which barely includes Lewinsky and doesn’t fall into place without thorough knowledge of Vince Foster, Paula Jones, and Kathleen Willey — all of that clicks after more episodes and then upon a second viewing, which can’t be expected from most viewers. The People vs. O.J. Simpson engrossed viewers whether or not they grew up with its events, and Impeachment does that too — as long as you do the reading.

It feels redundant in 2021 to say that we did Monica Lewinsky dirty, but it bears repeating time and time again. A lot of Impeachment may leave viewers sick to their stomachs, because no matter how old you were in 1998, it shaped you. We have always lived in a society that hates women — it just finds creative new ways to show it. Clinton’s impeachment was the context through which millions of young people learned about adult relationships, in which we grew up disparaging women who made the smallest misstep. It paved the way for the salacious slut-shaming of the 2000s, the undoing of Britney Spears and Lindsay Lohan and Paris Hilton and countless others.

We’d like to think we know better now, but Impeachment reminds us that we thought we knew better back then.