Former Google engineer Manu Cornet describes his time at Google in two phases. First, there were “glitches in wonderland.” Then, there was “disillusionment.”

Those two descriptions are actually the sub-headings for Cornet’s two volumes of comics he has published about his former employer, which he called Goomics. Though Cornet was an engineer, he also spent 11 of his 14 years at Google drawing comics about employees, quirks, culture, and, eventually, larger societal and ethical issues facing the company and its workers. Some of those topics included Google contracts with government agencies like ICE, making a search engine for China’s government that complies with censorship laws, and more.

Chronicling those issues allowed Cornet to reflect on his place at Google, and prompted him to make a change. Cornet recently quit, and has taken a new job (at Twitter, a company with whom he says he has fewer ethical qualms). He is now the latest big tech employee — including employees at Facebook and Amazon — to publicly resign from their positions in protest of the company’s overall behavior.

“As the years passed by there were more and more things to have ethical qualms about that the company was doing at a higher level,” Cornet said. “I had to look at the bigger picture and think that maybe I would be better elsewhere.”

October 2019: The toll of working for Google weighs on Cornet.
Credit: manu cornet

While an employee, Cornet would publish the comics on the company’s memes message board, and employees would also subscribe to receive his comics in their inbox. He says consistently over the years, about 10 percent of employees subscribed, with readership growing along with the company; Cornet says his subscriber base eventually grew to about 13 or 14 thousand. At one point, former Google CEO Eric Schmidt even had a print-out of one of Cornet’s comics affixed to the door of his office.

Now that Cornet has left Google, he has made his archive of Goomics available to the public online for free, and in two volumes of books. Taken as a body of work, it tells the “story of a tech company,” as Cornet put it: the “evolution from a colorful, ‘no evil’ company, an idealistic view of Google that was not very far from reality” to “a company just like the other ones.”

“Maybe we were just a bit naive,” Cornet said.

Cornet described himself to Mashable as the company’s “court jester.” His comics began poking fun at entitlement in the workplace and Silicon Valley culture. Remember back in 2012, when the most mainstream critique of tech companies was about the nap pods and free snacks?

“At the start it was more lighthearted because it was more natural to be lighthearted, it was just such a Wonderland, it was like Disneyland with everything colorful and free and the company was out to do good things for the world,” Cornet said. 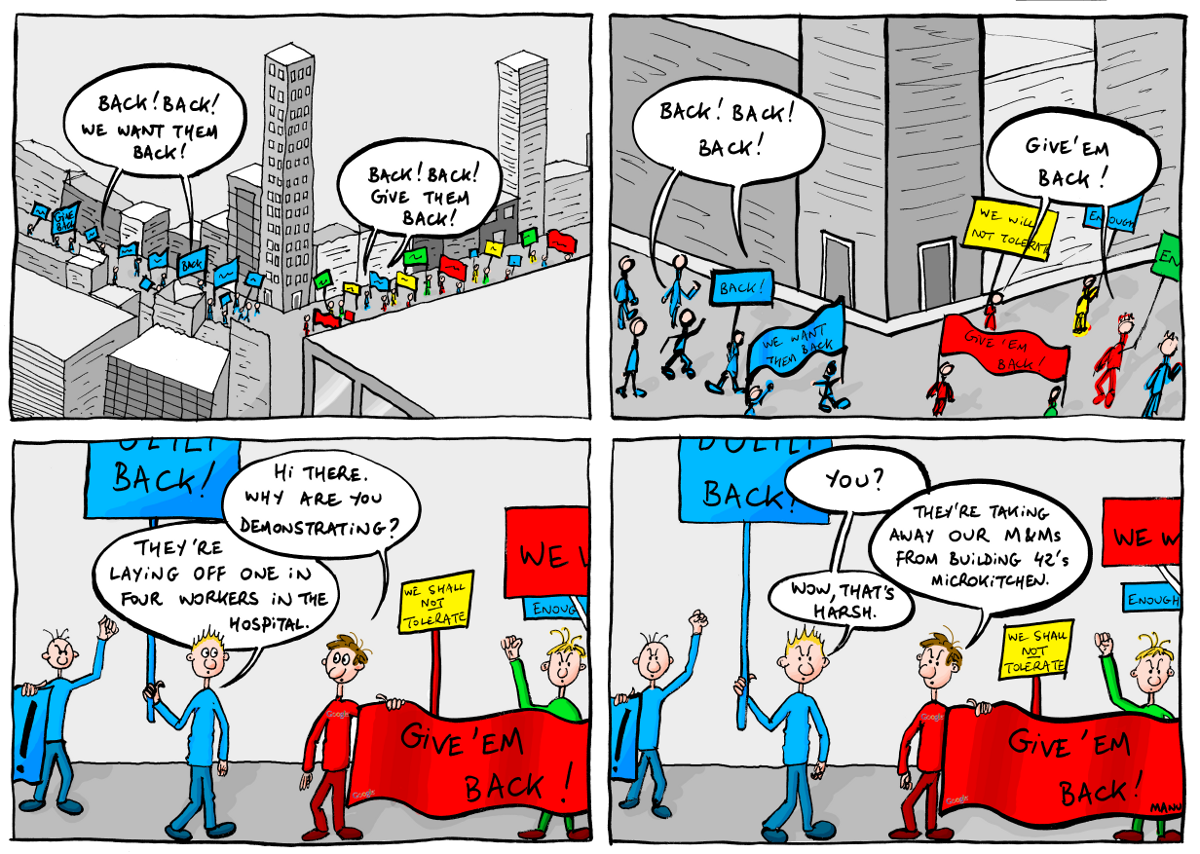 July 2010: Cornet wonders whether Google employees maybe care a *bit* too much about their snacks.
Credit: manu cornet

There were also plenty of internal jokes about company processes and issues faced by engineers. A theme that carried through to the end was about the Google graveyard of killed-off products and logos. 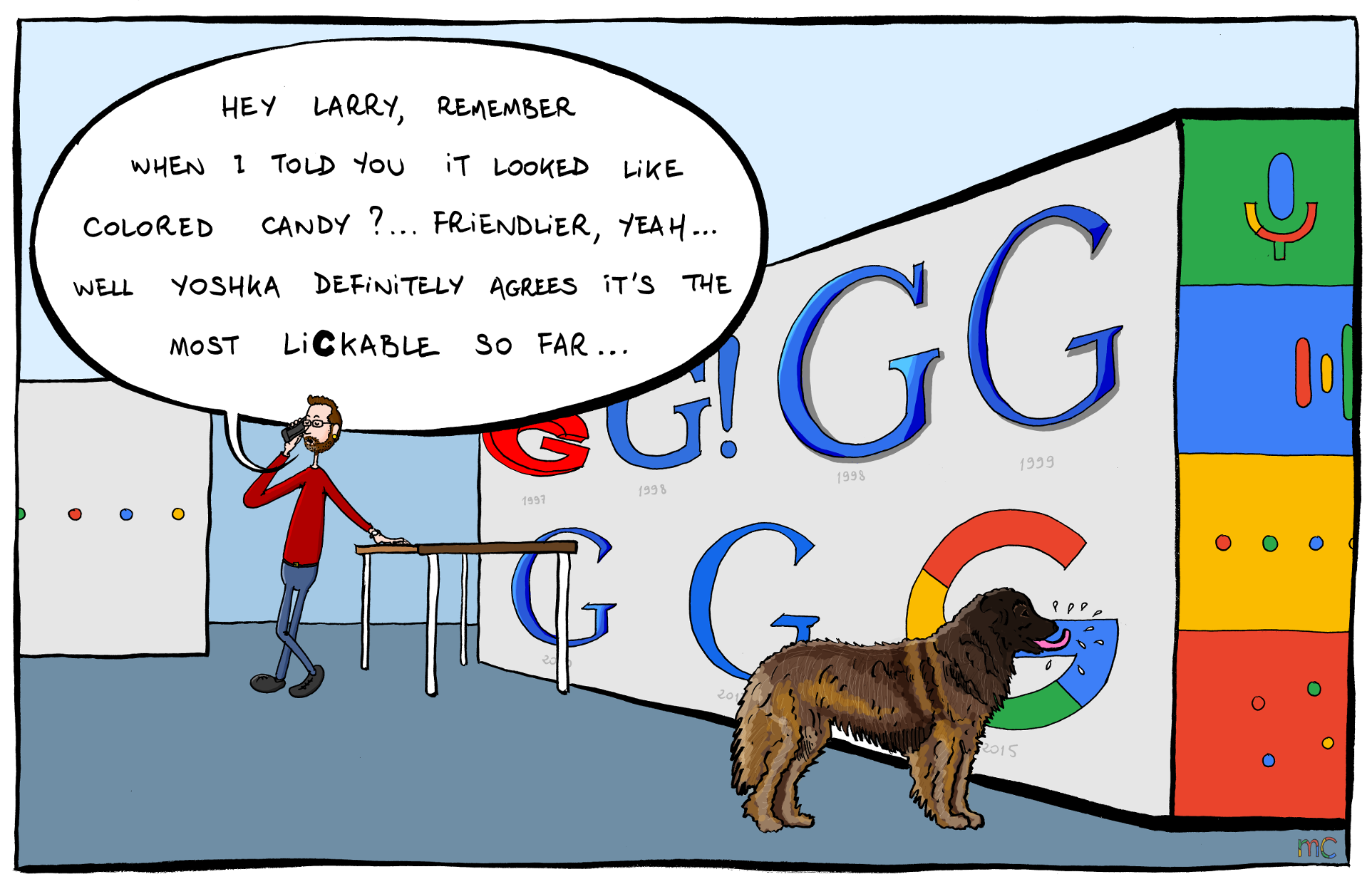 September 2015: Processing Google’s new logo, and everything that came before it.
Credit: manu cornet 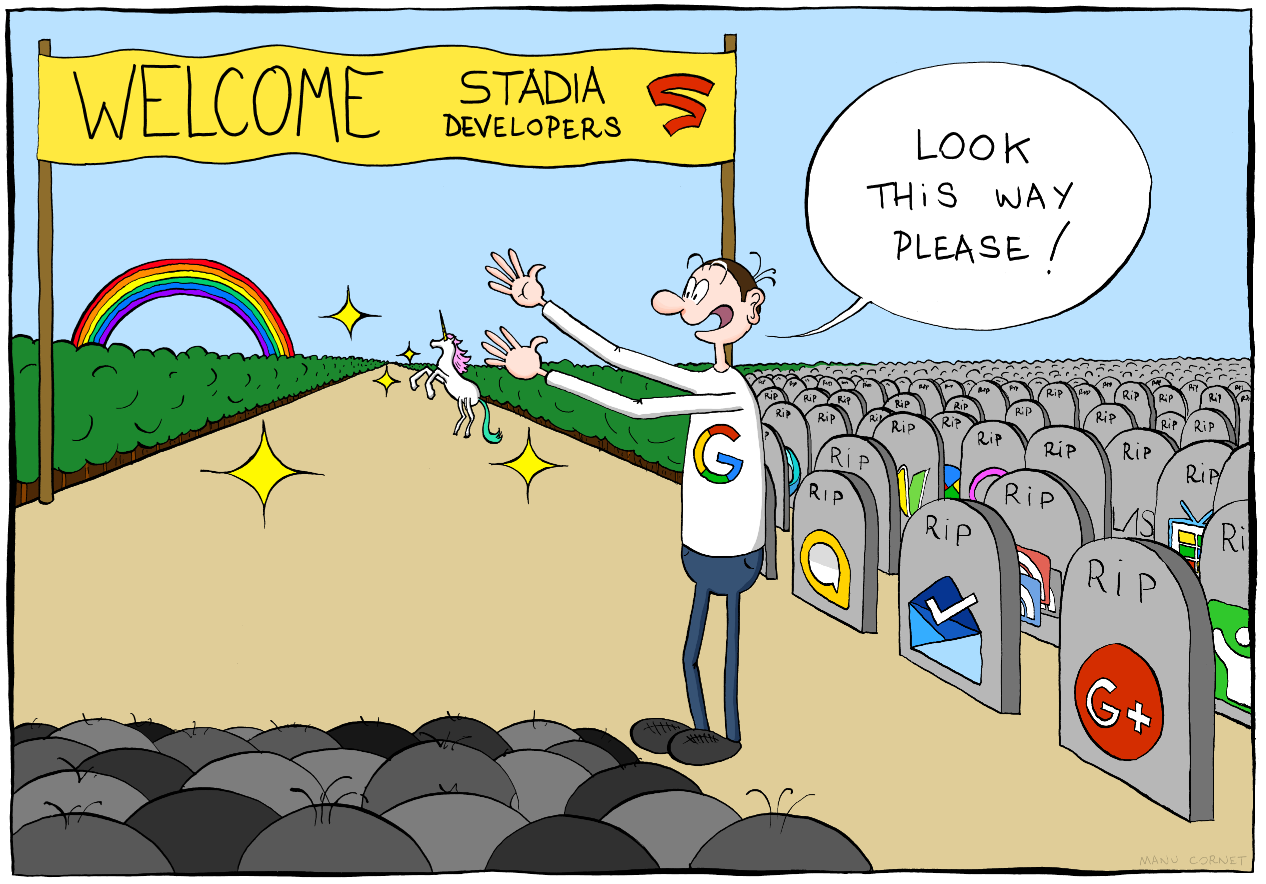 April 2019: Critiques about Google killing off logos and products were a consistent theme.
Credit: manu cornet

Cornet gained notoriety both inside and outside of Google by comparing Google to its competitors. Microsoft CEO Satya Nadella used one of Cornet’s comics about tech company org charts as the introduction to his book about making changes at Microsoft. 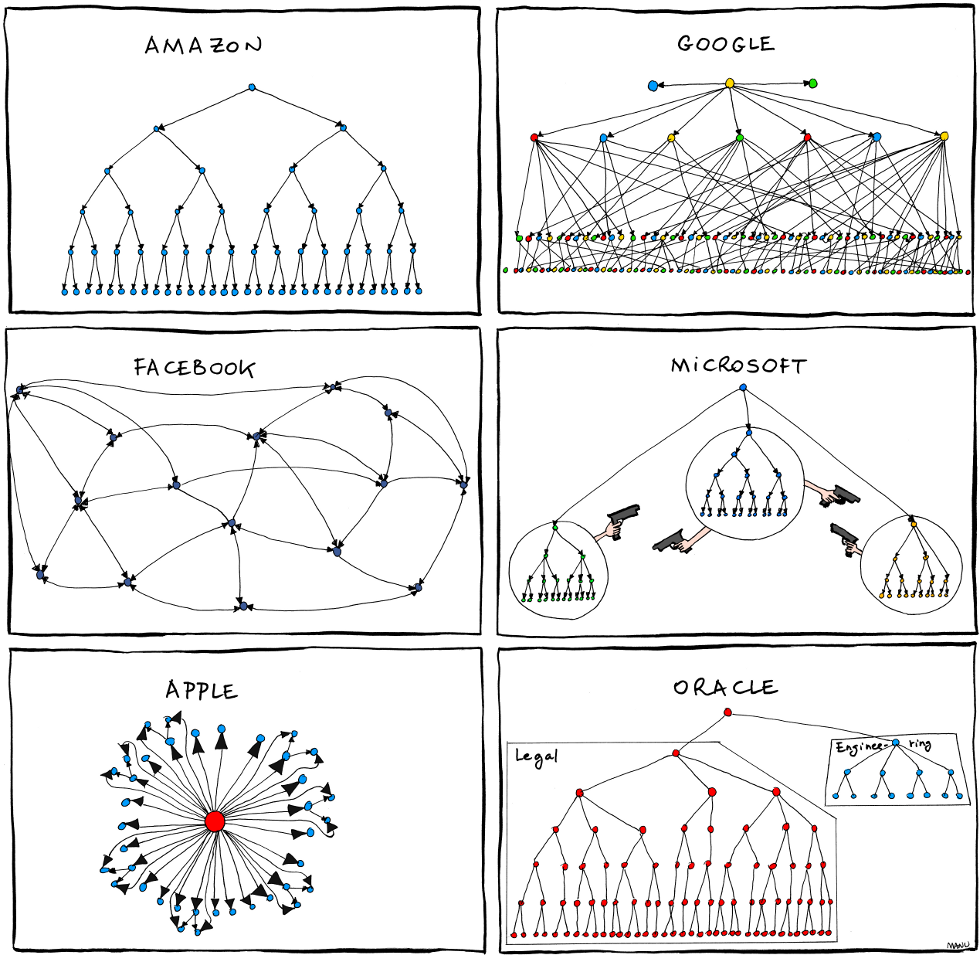 The comic Schmidt put on his door compared tech CEOs’ methods for apologizing (and depicted Schmidt in a favorable light).

Over the last few years, the content and tone began to change. Eventually, Cornet’s critiques took on topics like Google contracts with China and the U.S. military, or its skyrocketing profits. Plenty critique Google CEO Sundar Pichai specifically. 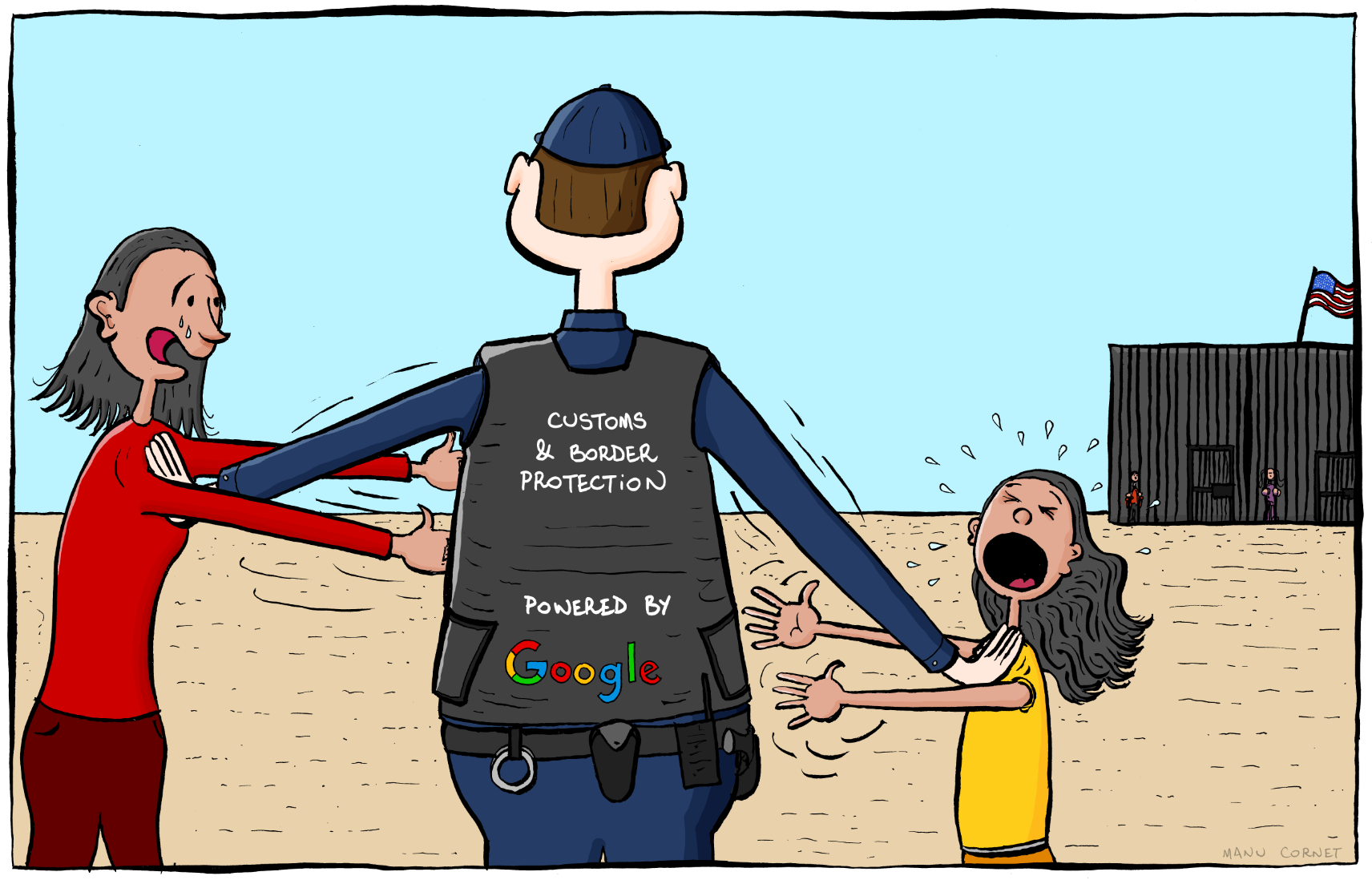 August 2019: Not mincing words. Or rather, pictures.
Credit: manu cornet

Cornet can’t pinpoint an exact turning point for the change, but says the 2018 Google walkouts that protested sexism in the workplace were an “inflection point.” This is also the time employees across the tech industry became more vocal critics of their employers.

“I don’t think I would have even been able to find such dark topics 10 years ago,” Cornet said. 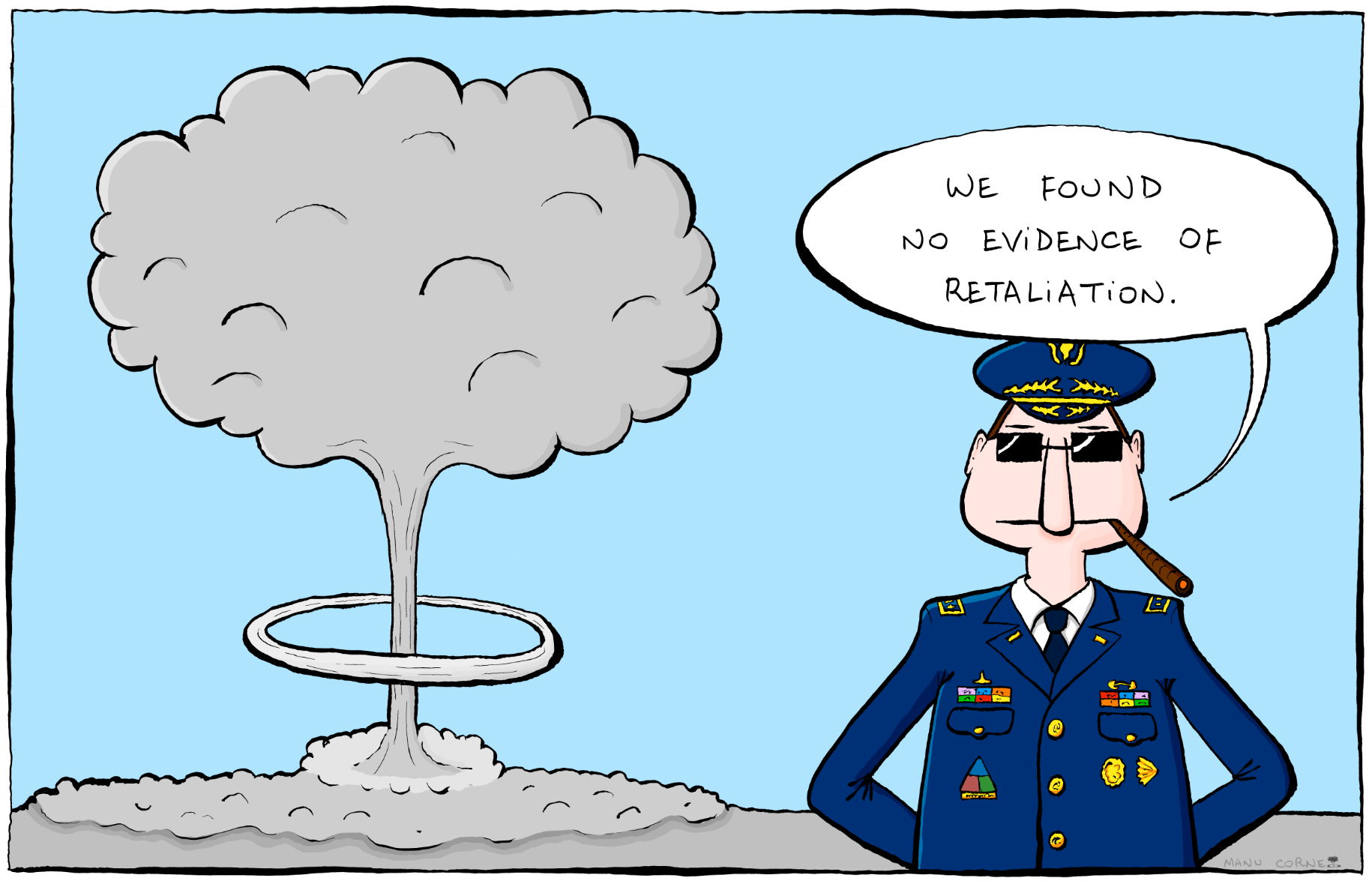 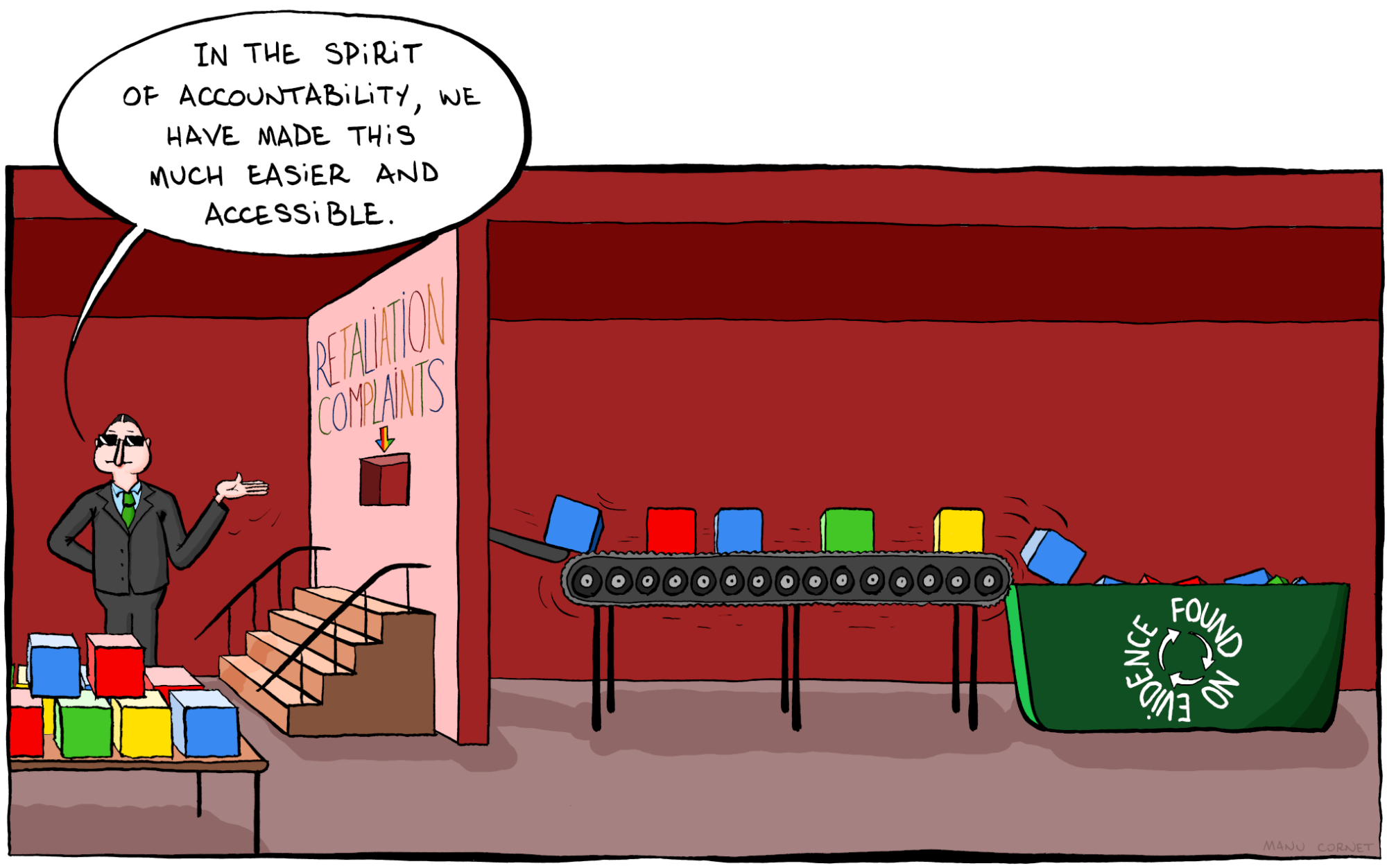 May 2020: In response to employee protests, Google changed some of its processes for evaluating complaints. Some saw it as too little, too late.
Credit: Manu Cornet

While Cornet’s comics included plenty of critiques, he also found they were sometimes a way to have a positive impact within the company. After Google employee James Damore circulated his memo that included many sexist statements about the “natural abilities” of female vs. male engineers, Cornet considered how to respond. He didn’t want to “pile on” to the discussion, but he also felt upset about the women at the company that might have been hurt. He set about doing portraits of 100 female engineers (gaining consent from the subjects), and published a compilation of the portraits with the heading “Women in Tech: Rocking Google Since 1998.” 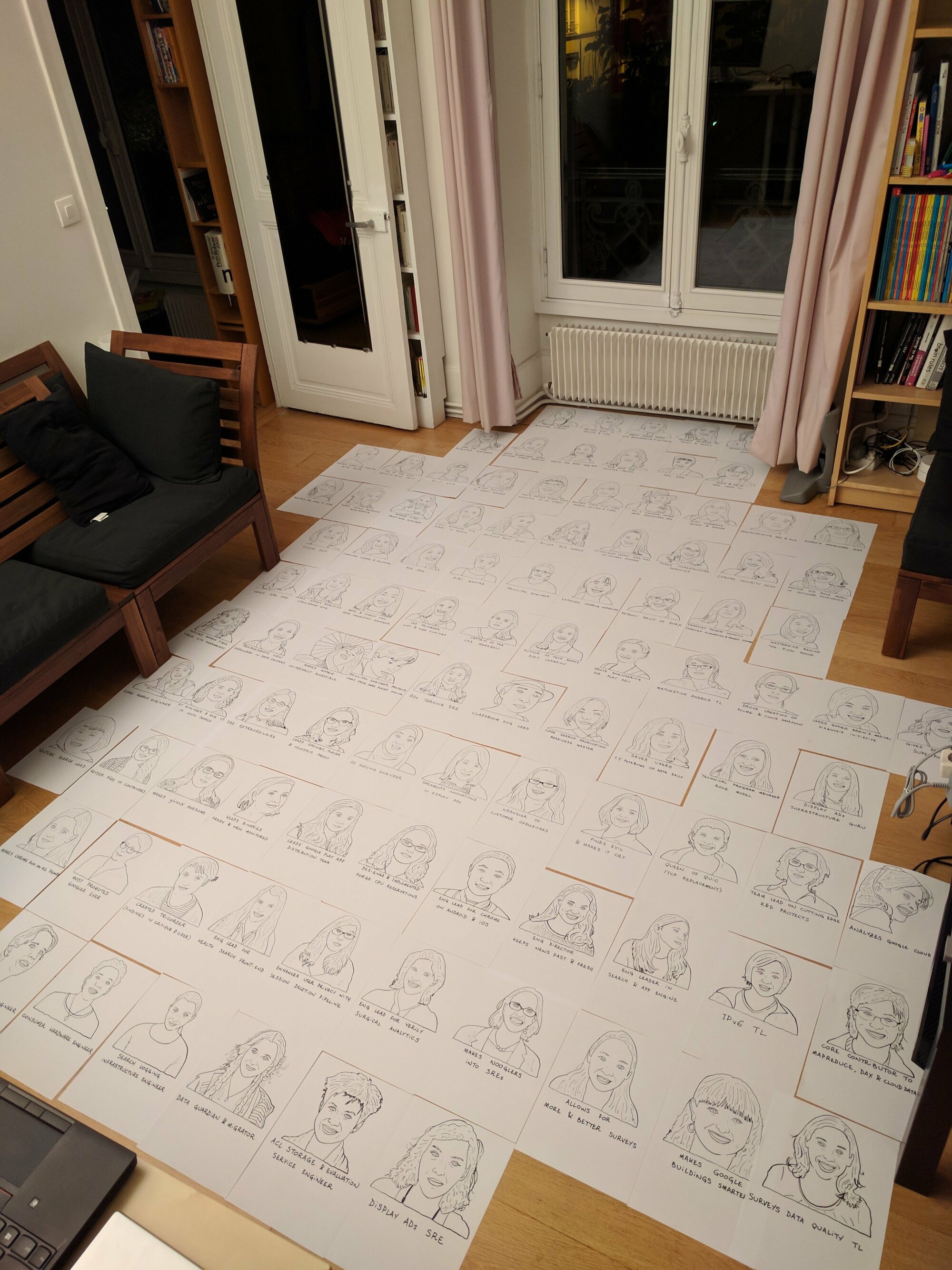 Cornet’s living room covered in portraits as he put together his response to the Damore memo.
Credit: manu cornet

Unfortunately, Cornet found plenty of fodder for less-buoying Goomics. What infuriates him most — and provides frequent inspiration for his comics — is what he views as hypocrisy at the company.

“The mismatch between what they say and what they really do is growing,” Cornet said. “The thicker the gap is, the easier it is to point out that hypocrisy.”

That extended to both major news items at the executive level, and changes within the company that affected employees. Google made headlines in 2019 for banning political discussion on employee message boards. But Cornet described one of their internal mottos as “bring your whole self to work.” He sees a gap between messaging the company uses to attract employees, and the needs of shareholders. February 2020: Cornet described the company wanting to appeal to employees while still catering to shareholders as “having its cake and eating it too.”
Credit: manu cornet

Despite a changing culture and lack of transparency being a frequent topic in his comics, Cornet says he was never reprimanded for the content of his work by the company. There were a few times that fellow employees found the content offensive, and reported him to HR.

“When I published something I thought maybe this one is a little bit flirting with a limit, but to Google’s credit, that was never a problem,” Cornet said. 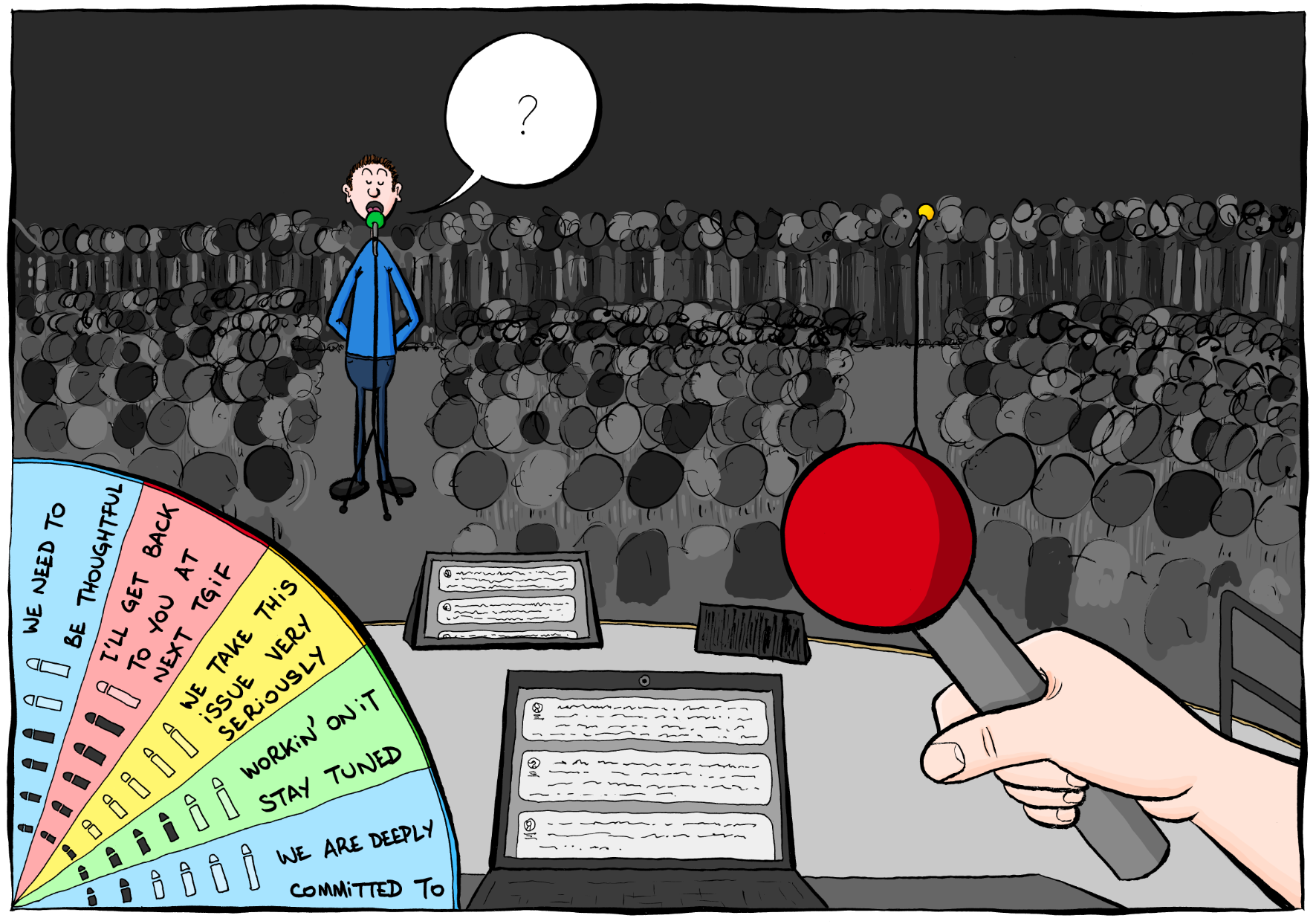 Cornet has now begun his new job at Twitter. And while he is more hopeful about the company’s ethical core, that’s not prompting him to put down his pen.