Every deep sea expedition returns with footage of new, rare, and/or alien-like creatures. One of the latest such journeys, undertaken by marine researchers aboard the Schmidt Ocean Institute’s 272-foot research vessel Falkor, just brought back vivid footage of life around the protected Phoenix Islands Archipelago, located in the remote Pacific Ocean.

Take, for example, the glass octopus:

“During the expedition, scientists made two rare sightings of a glass octopus, a nearly transparent species whose only visible features are its optic nerve, eyeballs and digestive tract,” the Institute said in a statement. “Before this expedition, there has been limited live footage of the glass octopus, forcing scientists to learn about the animal by studying specimens found in the gut contents of predators.” (Wow.)

The explorers’ deep water robot, SuBastian, filmed 182 hours of seafloor footage, documenting species (some of them almost certainly never seen before) on nine seamounts (underwater mountains or volcanoes) never explored before. Ocean scientists spotted intriguing marine behavior, including a deep sea coral absolutely covered in brittle stars. The robot filmed some life at around 4,750 feet beneath the surface.

“We know so little about the deep ocean that pretty much anyone can find something new if they were doing something unique down there,” Alan Leonardi, the director of the National Oceanic and Atmospheric Administration’s Office of Ocean Exploration and Research, told Mashable last year.

You can view the new, brilliant footage below. How about those phantasmagorical corals? 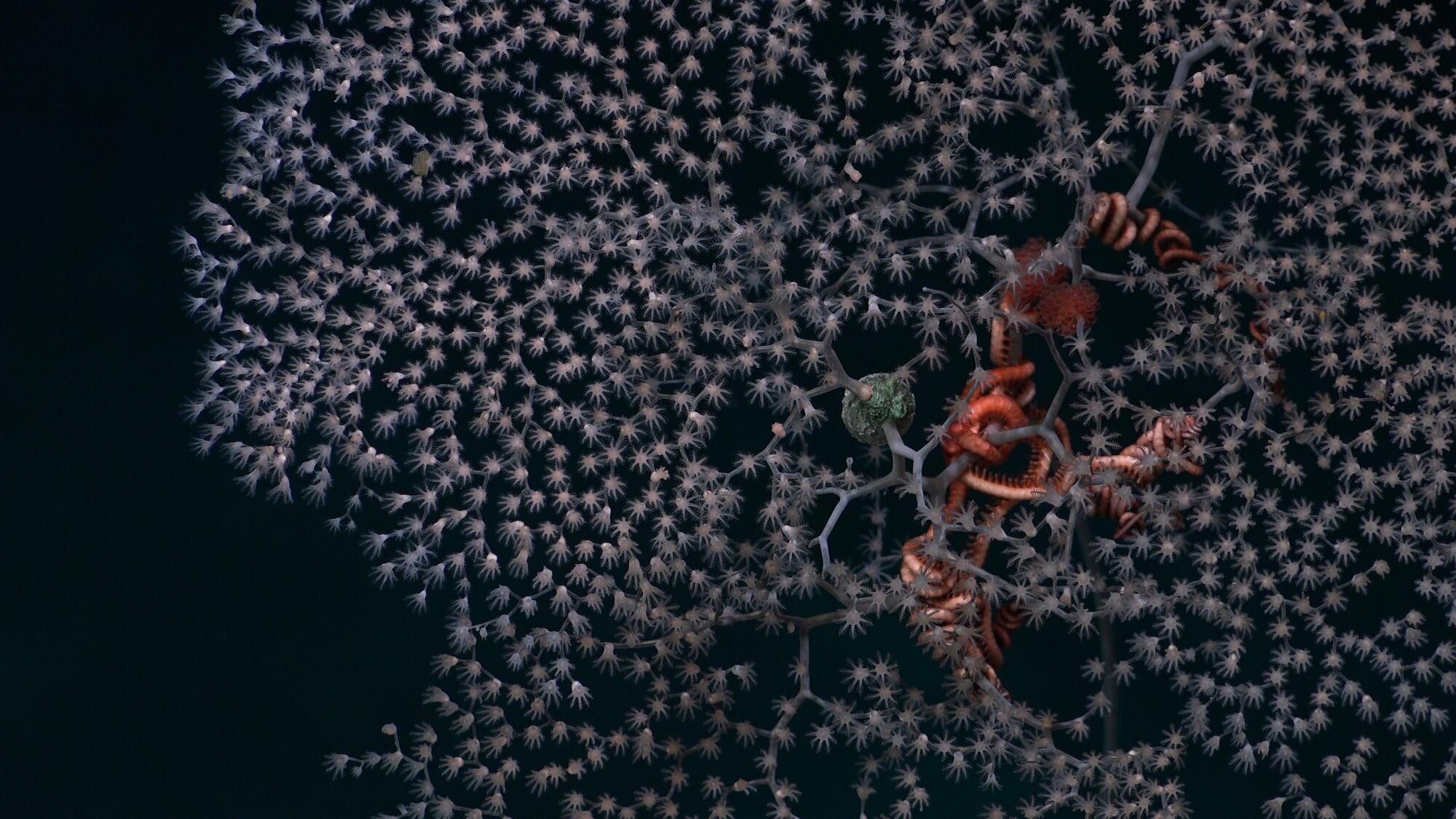 A brittle star entwined in a metalagorgia coral at some 1,450 meters (4,750 feet) under the sea
Credit: Schmidt Ocean Institute